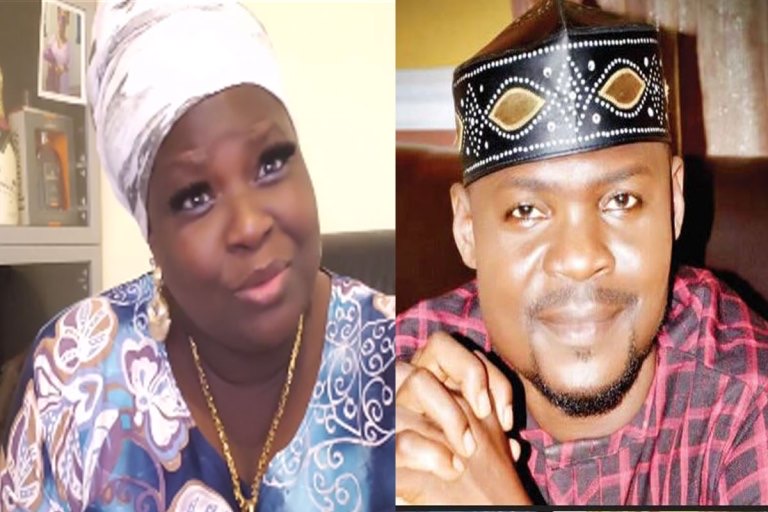 Nollywood actress, Bukky Black has jumped to the defence of embattled actor Baba Ijesha who has been arrested following accusations of sexual molestation.

Baba Ijesha was accused of sexual assault against a girl when she was 7 years old and 14 years and in a viral video, Baba Ijesha pleaded guilty after confessing to the crime he was accused of and pleaded with comedienne Princess for mercy and forgiveness.

In a recent update on her Instagram page, Bukky Black drummed support for Baba Ijesha citing that the police did not find any evidence of rape and alleged that comedienne Princess set him up.

Sharing the video, she captioned;

BABA IJESHA GOD ALMIGHTY WILL SEE U THROUGH💔💔💔💔💔💔💔💔

Ahhhhh, Jesus it av do for you to come back, this world is not the same again.

A mother said this? A mother is advocating for a pedophile???? My heart is broken, this is why people find it hard to come out to speak on abuse, this woman’s child (if she has any) can never tell her if she is being abused by the likes of Ijesha, she’s the kind of mother that’ll ask what she was wearing or why she tempted him to rape her, after all according to her video we are all underground sinners and should find a way to cover it up. Sad 😔

If you think you have nothing to be thankful for, just be grateful this woman is not your mother.

Linda Ikeji Reveals How She Deals With Public Opinion