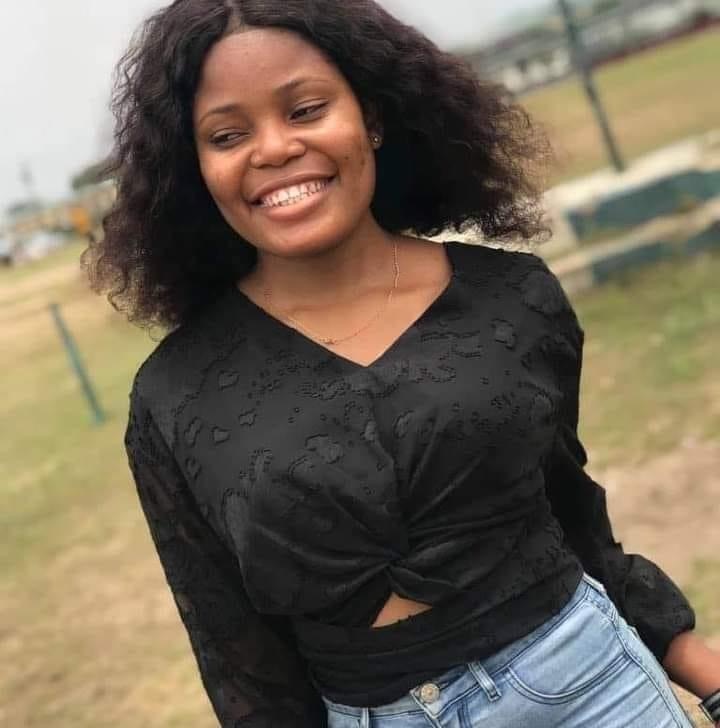 A young lady Iniubong omoren has had her life snuffed out of her and cut short by her abductor, one Uduak Frank Akpan, from Nung Ikot Obio.

Iniubong Umoren, the young girl who went job hunting has been murdered and buried in a shallow grave by her abductor, the Informer can authoritatively report.

The deceased was alleged to have on Thursday, April 29, 2021, went for a “job interview” at an undisclosed location on Airport Road in the outskirts of Uyo.

About two hours later, she reportedly made a frantic phone call where she was heard screaming before the call was abruptly ended. Her phone line has been switched off ever since.

Soon after, the social media went viral with her story which saw the internet being used to unmask her abductor.

24 hours later, Nigerians on social media provided evidence, locations, contacts and almost everything needed to unmask her kidnapper with the hope that the intelligence provided will help in finding the missing Iniobong Umoren and bring her abductor to justice.

The suspect was alleged to have taken the late Miss Umoren to his house where an argument ensured and in the process, he used an object to hit her on the head resulting in her death. He was alleged to have hurriedly buried her in a shallow grave and ran to Oron to hide.

Following pressure by the Police and Nigerians on social media, Oron became uncomfortable for him and he ran back to Uruan. The Chairman of Uruan LGA, Surv. Iniobong Ekpeyong was said to have met the accused cousin and asked him to bring the accused to him.

When he was taken before the Chairman, he was asked to be truthful about what actually transpired. It was there he confessed to his Local Government Chairman that he actually killed and buried her in a shallow grave. A shocked Surv Ekpeyong had no choice but to call the DPO of Uruan LGA and handed over the suspect to the Police for further investigation and prosecution.

Related Topics:Iniubong Umoren
Up Next

Nigerian Football Coach Stabbed To Death While Protecting His Son