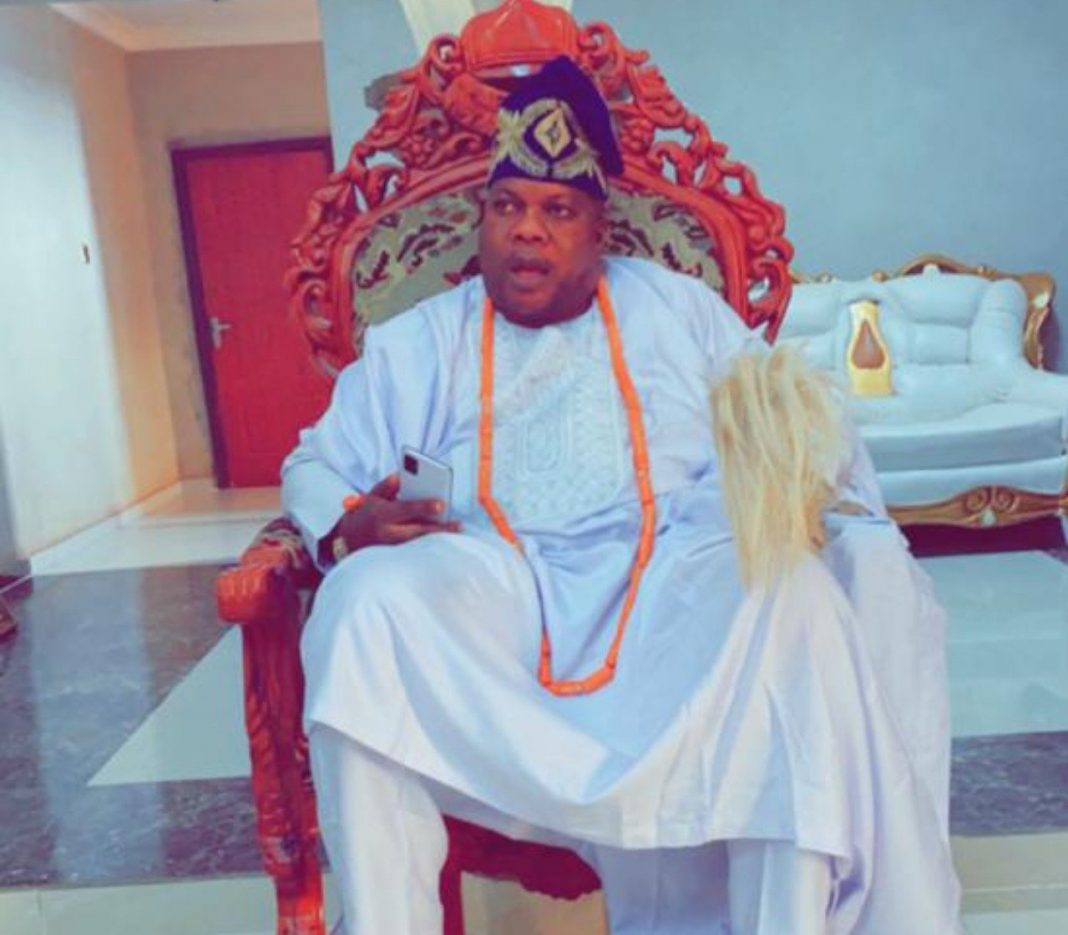 The Eselu of Iselu kingdom in Ogun State, Oba Akintunde Akinyemi, has declared his total support for the actualisation of Yoruba nation following the incessant killings of innocent citizens in the country.

The Monarch who spoke in an interview with DAILY POST revealed that he is now in full support of the Oduduwa Republic.

The traditional ruler, who said he used to be a proponent of one-Nigeria, stated that he has, however, lost hope in the country as he joined calls for the Yoruba nation, saying “we cannot continue to die.”

When asked about his view on the calls for Yoruba nation, the Oba said “The people agitating for Yoruba nation are doing so because they could not get the best from this nation called Nigeria. And in a situation where you are not getting results for what you are doing, you need to go your own way. It is not a must for us to be together in 60 years and nothing good is coming out of the country.

“Everything is getting worse by the day. People cannot travel interstate anymore. In Kogi there, just on Sunday, a whole Commissioner was killed without traces. You can’t even travel from Ogun to Osun, kidnappers and bandits are everywhere. Must we be together if we are not getting results? Being together as a nation should be with developments; even marriages, if not working, everybody will pack away. It happened between the UK and the EU.

“UK colonized Nigeria, but they parted ways with the EU. This is a nation with cases of kidnapping; students and business people are being killed. Most of our people abroad cannot come home, and we continue to say we should manage and everybody continues to die. Must we go into war?

“As much as I believe in one Nigeria, with this situation now, I think I have to pitch my tent with this Yoruba nation of a thing. We need to leave the country if this is the best we can get from the nation. We cannot continue to die.”

The Federal Government and the governors will not allow secession. How do you think the agitators should drive home their demands to get results?

It is not by going to war or by the destruction of government property. It can go by way of referendum. What is happening in Nigeria now has attracted the attention of the international community, and the best thing they can do is to set up a kind of committee coming in to look into the problems, the differences and the level of insecurity in Nigeria. Let us go into referendum, we can pack away. That is the truth because students don’t feel safe at school anymore. The country has collapsed.

Kabiyesi, if you eventually have a Yoruba nation, do you think there will be a difference? Will there be love and unity among the people?

Well, whatever issue we may be having in Yoruba land, don’t forget we share the same culture, we share the same opinion and ideology. We are called ‘Omoluabi’. There is no tribe in Yoruba land that goes about killing people, destroying property. I stand to be corrected. Tell me a state in the South West where the indigenes go about slaughtering people. We don’t have such. When we have our own security network, when we have control over our resources, our land and security chiefs, we will be able to sit down together and talk. This issue that is happening now did not happen in Yoruba land before. But it has spread like a virus, nowhere is secure again; even the Western countries are flashing our name that their citizens should not come over to Nigeria. If this is the best Nigeria can give us, then we need to pack away. That’s my point.

So, can it be said that you are in support of Yoruba nation?

I don’t expect a normal person not to support Yoruba nation if we are not getting results from the country called Nigeria. Are we fools? Must everybody be killed? Most people say they don’t want Yoruba nation because it is better for us to live together. That is if we are living peacefully. But we are not living peacefully now. They are killing children, killing adults everyday; insecurity everywhere, kidnapping everywhere. No development, no water, nothing. So, why must we die in this kind of situation?

Recently, there were reports of clashes between Yoruba nation agitators and the police in Abeokuta. Do you have any advice for the Oduduwa Republic promoters?

What I need to tell them is that it is the fundamental human right of every citizen to protest peacefully. We don’t need to do things like we are above the law. Do your rallies peacefully. We will speak out our minds and let the government know this is our position. They should be careful and should not allow bandits or hoodlums to take over the rallies. They should remain peaceful. I am very sure if the protest is peaceful, even the police will escort them. They don’t need to have confrontations with the police because they don’t have any business with the police. They should be peaceful so that their voices can be heard.

Related Topics:Yoruba Nation
Up Next