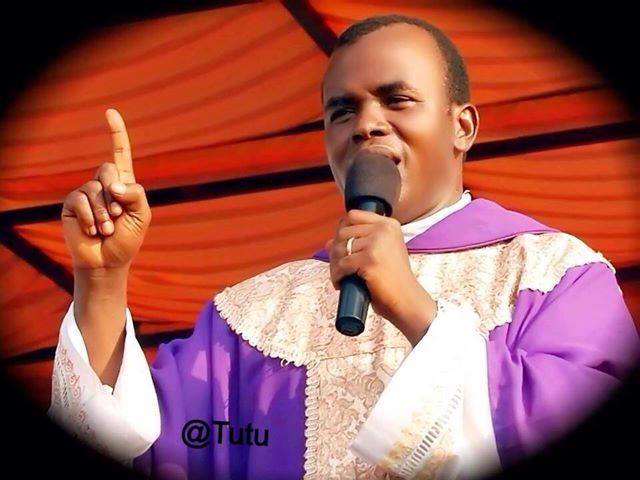 Hours after a massive protest rocked Enugu state, the spiritual director of Adoration Ministry, Rev Fr. Ejike Mbaka has met with protesters in Enugu after he was reportedly declared missing by his faithful followers which led to massive protest in the Coal City.

However, as news spread that he had resurfaced, Enugu residents trooped out in their thousands to jubilate the reappearance of the controversial cleric.

Many youths had protested, alleging he had been picked up by security operatives or gunmen over his recent call on President Muhammadu Buhari to resign or be impeached.

GreenWhiteGreen GWG had reported the Department of State Services, DSS as saying that the cleric was not in its custody.

Mbaka is yet to say anything about his disappearance but has assured that he would address a press conference soon.

More Mystery Over Mbaka As DSS Denies Holding Him