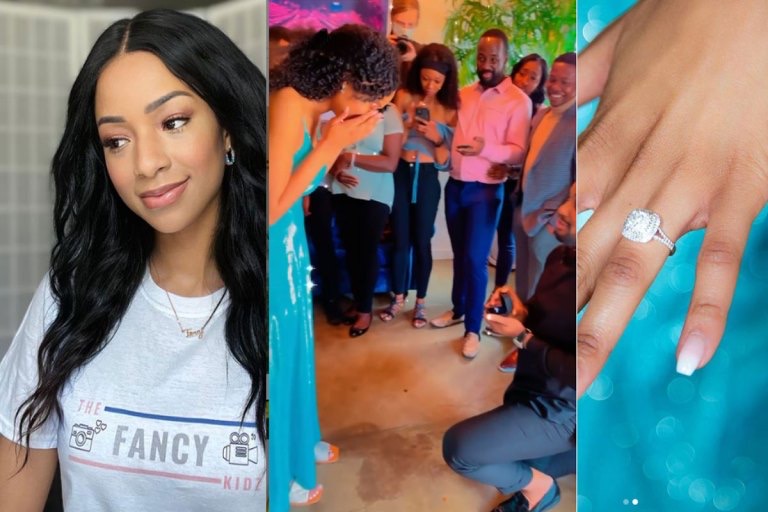 Fancy Acholonu, the engaged fiancée of popular Nollywood actor, Alex Ekubo has finally broken silence after the latter put a ring on her finger in the presence of her friends and loved ones.

Barley 48 hours ago, Alex Ekubo took to his Instagram to announce that he proposed to his heartthrob and she accepted to spend the rest of her life with him.

He shared a video that captured the romantic proposal to his girlfriend of 5 years.

According to Alexx Ekubo in his speech, he can’t imagine spending the rest of his life without Fancy and the latter who was stunned by the surprise proposal could not hold back her emotions and tears of joy and delightfully, affirmed her decision to spend the rest of her life with him as she responded with a big ‘yes’.

Sharing a video of the proposal, he wrote;

“I asked the love of my life to marry me, she said yes.”

Sharing the video, he captioned;

“Thank you @fancyacholonu for saying yes to me!
I can’t wait to spend forever with you.
#FalexxForever #MrsEkubo”

Sharing her thoughts on what appeared as an unforgettable experience in her life, Fancy Acholonu revealed that she thought she was going for a photoshoot with her sister not knowing it was a setup by her longtime boyfriend.

Here’s what she wrote;

Related Topics:Alex EkuboFancy
Up Next