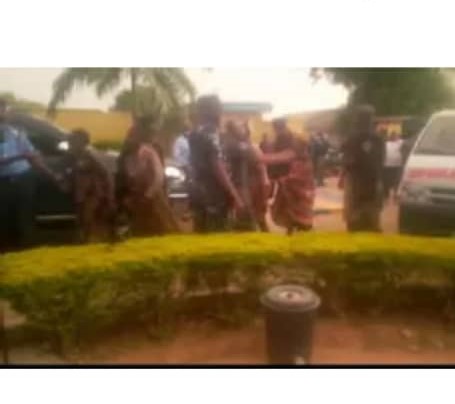 The 27 students of Federal College of Forestry Mechaanisation, Afaka, Kaduna State, who were freed earlier on Wednesday have arrived the Kaduna State Police Command.

The students according to a Daily Trust report were escorted by security agents as they arrived in two 18 seater Hiace busses and an ambulance at the command headquarters.

Most of the students appeared weak and could barely walk, as one of the female students was carried by a security agent in mufti.

Daily Trust further reported that that majority of the students appeared tattered. Some were in their night wares while others dressed half naked.

Journalists were barred from taking shots of the students as they were led into the conference hall of the police command.

Obasanjo, Gumi And Secret Deals That Led To Release Of Kaduna Students