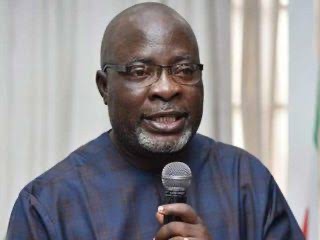 The Peoples Democratic Party (PDP) says it will remain undeterred, alongside other patriotic Nigerians, in its commitment towards the sustenance and stability of Nigeria democracy.

The party in a statement by its National Publicity Secretary, Mr Kola Ologbondiyan, said it was also committed to the unity and corporate existence of Nigeria.

Ologbondiyan stated this while reacting to the allegation that some Nigerians were plotting a forceful and undemocratic change of leadership.

He described the allegation as an attempt to heighten political tension ahead of the 2023 .

In a separate statement, Ologbondiyan decried what it called attempt to frustrate the well-intentioned strategies from the PDP to check the tide of terrorism and banditry in the country.

“Our party rejects the move to frustrate the establishment of a National Borders Protection Force as suggested by the PDP to check further infiltration by terrorist elements and inflow of illegal arms into our country,” he said.

He said that establishment of a pro-active and operational Borders Protection Force that would ensure water tight security at our borders should be preferred to the setting up of a bureaucratic National Center for Control of Small Arms.

“Our party asserts that by its outlook and operation, such center cannot check the infiltration of terrorist as well as the flow of firearms into our country,” he said.

Ologbondiyan urged President Muhammadu Buhari to immediately establish the Borders Protection Force which would draw personnel and equipment from the military and other armed services.

This, according to him, would help to man Nigeria borders and check activities by terrorists and their backers.