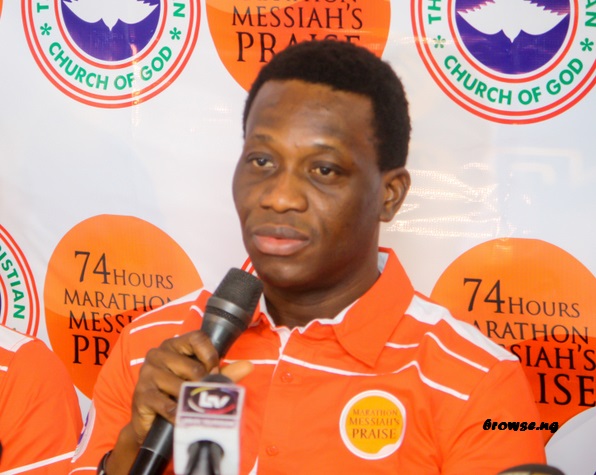 Pastor Dare Adeboye, the look-alike third biological son of the General Overseer of the Redeemed Christian Church of God Worldwide, Enoch Adeboye, has died at 42.

Sources said that he died in his sleep in his home in Eket, Akwa Ibom State on Wednesday night.

The Head of Media and Public Relations, RCCG, Pastor Olaitan Olubiyi, confirmed the development to The Punch on Thursday morning.

“It is true. The incident happened in Eket where he was based. I don’t have the details for now. Maybe before the end of today, we will issue a statement.”

GreenWhiteGreen GWG reports that Pastor Dare was very active in the youth ministry and was at the time of his death the Assistant Pastor in charge of Region (Youth) 35.

GreenWhiteGreen GWG reports that Pastor Enoch Adeboye had in a social media post to mark the third son’s birthday described him as a miracle child.

Dare had at last August recounted how he stopped ‘growing’ at the age of 15 after he prayed to God not to allow him to outgrow a pair of Chinos trousers his mother, Pastor Folu Adeboye bought for him.

Speaking during the ongoing convention of the Redeemed Christian Church of God, RCCG, Dare said he was so excited after his mother returned from a trip to London with a pair of Chinos trousers from Mark and Spencer that he became so excited.

According to him after he received the gift it was as if he had been translated to heaven and speaking jovially, he said he became the toast of the girls around him in school and church.

Dare Adeboye was married to Temiloluwa and they had children.