Bobrisky Reacts After Ivorian Lady Accused Him Of Assualt 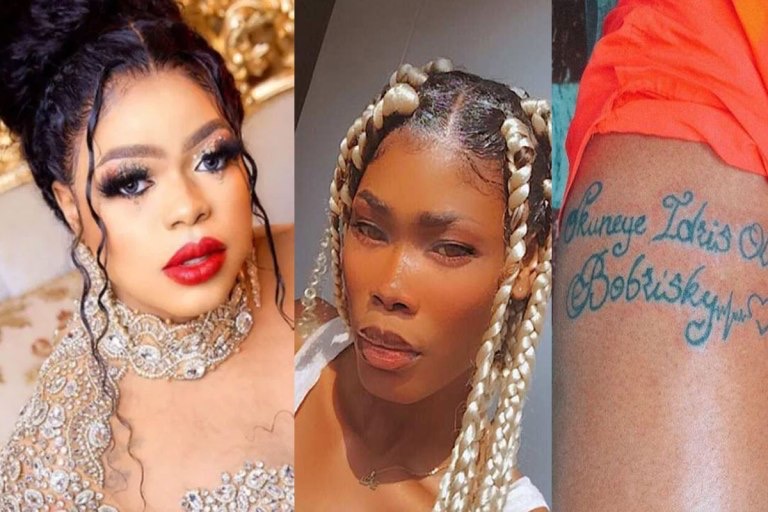 Controversial Nigerian crossdresser and brand influencer, Bobrisky has slammed those asking for explanation over the accusations leveled against him.

In the early hours of yesterday, one of those die-hard fans who benefitted from tattooing Bobrisky’s face on her body came out to accuse the crossdresser of assaulting her and also sent her packing out of his house. The lady whom Bobrisky introduced to the public as his adopted child journeyed all the way from Ivory Coast to Nigeria to see the crossdresser.

According to the Ivorian lady, she got assaulted by Bobrisky after she forgot to alert Bobrisky that the hairstylist won’t be able to come and loose his hair as scheduled and he hit her with a speaker damaging her face with it and also sent her packing.

Adding that Bobrisky knows very well that she doesn’t know anyone in Nigeria and has nowhere to go, he still sent her packing.

In a rebuttal, Bobrisky has fired shots at those sending him countless messages inquiring why he assaulted his guest from Ivory Coast. According to Bobrisky, he owes no one an explanation concerning the accusations leveled against him.

He slammed those judging him saying that he was the one who paid for the flight ticket and also fed the lady for three months when she came to Nigeria so he owes no one an explanation.

Why I Almost Bleached My Skin – Actress Linda Osifo Reveals

‘Don’t Push Desmond Elliot To The Brink Of Depression!’ – Reno Omokri To Nigerians