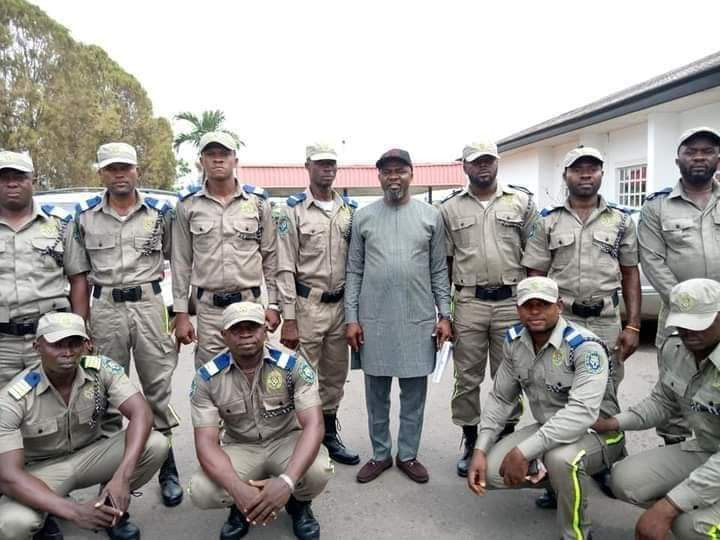 Abakaliki, May 7, 2021 (NAN) The Eastern Security Network known as “Ebubeagu”, Ebonyi State branch, has arrested eight armed robbery suspects in the state. It was the first arrest reported arrest by the new security outfit which came into existence last month following mutterings around the Southeast over the activities of bandits in the region.

Mr. Stanley Okoro-Emegha, the Ebonyi State Commissioner for Internal Security, Border, Peace and Conflict Resolution, said in Abakaliki on Friday that the suspects were arrested in different locations in the state.

Okoro-Emegha reiterated that the state government was committed to getting rid of crime in all communities.

“The suspects were arrested in their various crime scene and we will continue to hunt them to ensure adequate security of live and property,” he stated.

One of the suspects arrested by the Ebonyi unit of Ebubeagu, Igwe Paulinus, a native of Ikwo local government area of the state, confessed to the crime saying, “I have a gun called One-Npa.

“I have been involved in two or three robberies at popular Meat market in Abakaliki. I use to rob phones and money.

“My friend whom I use to follow is already in prison. I have no one again since then,” he said.

The News Agency of Nigeria (NAN) reports that the suspects were later handed over to the police for further investigation and possible arraignment in court. (NAN)

Wike Mocks El-Rufai, Says He Is Reaping Insecurity He Plotted For Rivers

How Operatives In Imo Foiled Attack On Police – Army