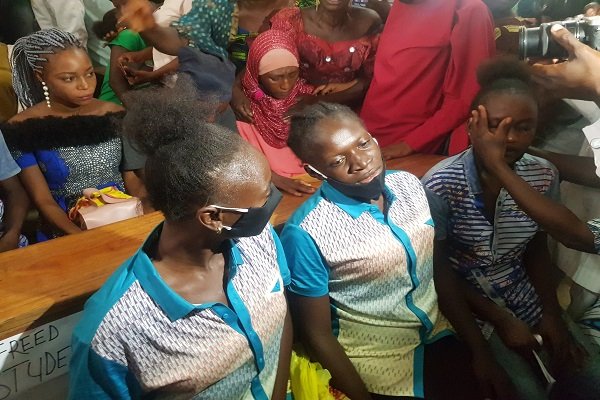 The students kidnapped from the Federal College of Forestry Mechanization, Kaduna state have reunited with their parents.

GreenWhiteGreen, GWG had reported that the kidnappers released the remaining 29 students they were holding captive on Wednesday, nearly two months after abducting them from their school in the outskirts of Kaduna.

Gunmen took 39 students from the Federal College of Forestry Mechanization in Kaduna on March 11 and had previously released 10 of them. The newly released students arrived at police headquarters in Kaduna city on Wednesday night looking weak, forlorn, and wearing dirty, torn clothing.

One Dies As Two Armed Robbers ‘Quarrel’ In Delta