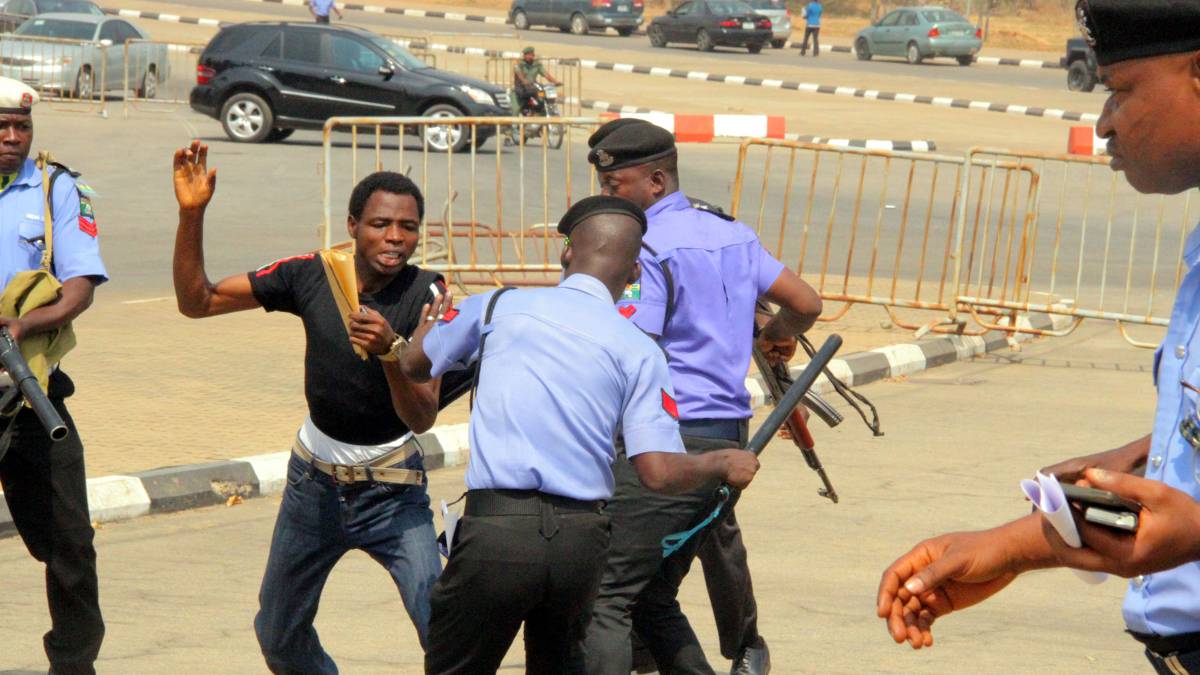 The Police Command in the Federal Capital Territory (FCT) said one of its officers, ASP Ezekiel Adama, was on Friday stabbed to death during violent protest in Abuja by Shites belonging to the Islamic Movement of Nigeria, IMN.

The Police Public Relations Officer (PPRO) in the FCT, ASP Mariam Yusuf, disclosed this in a statement in Abuja.

Yusuf said that the deceased, deployed to restore calm during protest by members of the disbanded Islamic Movement of Nigeria (IMN), was stabbed to death by one of the protesters.

She said that the command had successfully restored calm, after professionally, dispersing the violent protesters at Berger round-about, Abuja.

The PPRO said that members of the disbanded movement on Friday went on rampage, destroying public property and attacking innocent citizens including police officers, using dangerous weapons. She said that it was in the course of the protest by the Shites’ group that the police ASP was fatally stabbed.

She said that 49 members of the movement had been arrested and would be arraigned in court upon conclusion of investigation.

According to her, the Commissioner of Police in charge of FCT, Mr Bala Ciroma, wishes to commiserate with the family of the deceased officer who paid the supreme price in service to the nation.

Yusuf warned that the command would not condone further attacks on its personnel, equipment or other public property by members of the proscribed group.

She urged residents of the FCT to remain calm and law abiding and pledged the unwavering commitment of the command to the protection of lives and property within the FCT. (NAN)

Man Who Sprayed Insecticide Into His Mouth While Dancing Topless Dies