Wike Mocks El-Rufai, Says He Is Reaping Insecurity He Plotted For Rivers 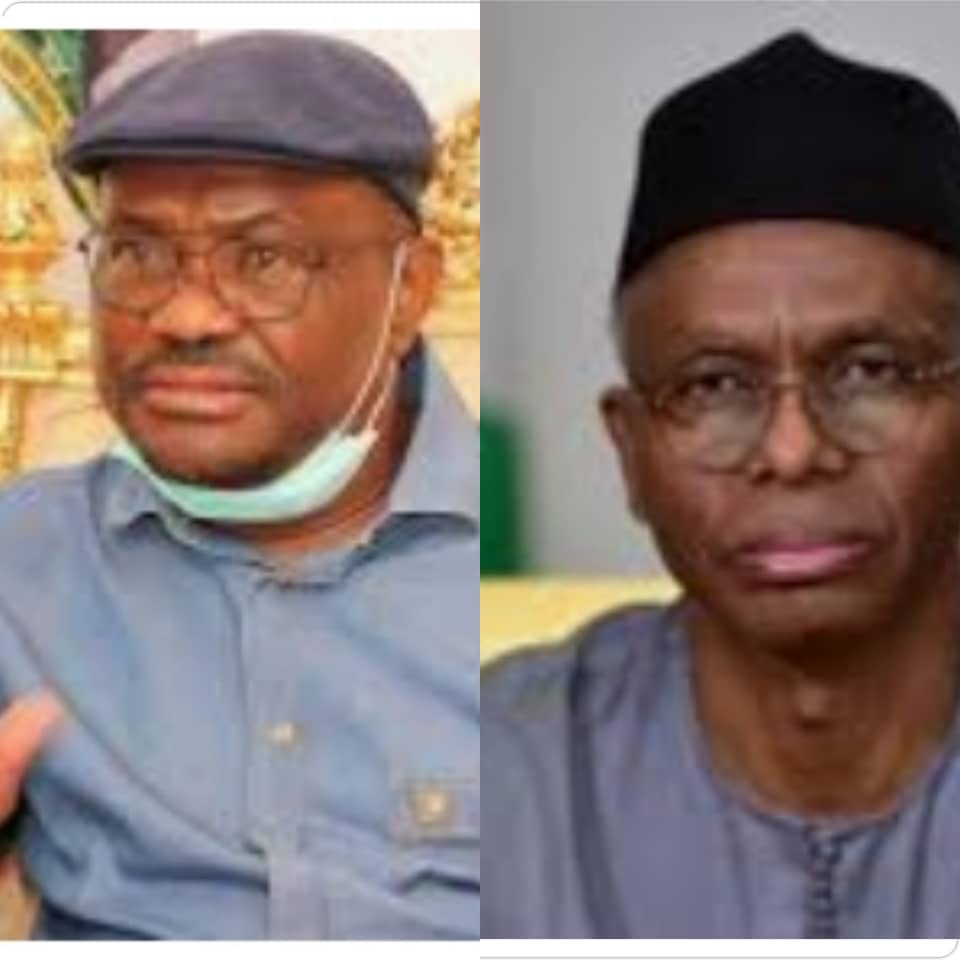 Governor Nyesom Wike on Friday taunted his Kaduna State counterpart, Nasir El-Rufai over his alleged role in trying to instigate crisis in Rivers State saying that El-Rufai was now reaping what he had tried to sow in Rivers State.

Receiving a delegation of the Rotary Club of Port-Harcourt, the Rivers State governor fumed that the ruling All Progressives Congress, APC had taken the country backward by 50 years through its perceived failures in office.

The governor, as such maintained that the  APC has mismanaged the opportunity Nigerians gave them to make a difference and deserve to be voted out in 2023.

Governor Wike accused the federal government of instigating security crises in Rivers State. He cited the situation where APC governors allegedly led by governor of Kaduna State, Nasir El-Rufai, visited the presidency to demand the withdrawal of a Commissioner of Police from Rivers State.

“Now, in order to cause crisis in our state, they brought the CP they wanted. At the end of the day, God did not allow them to have their way. But see what is happening in his state now.  When you are plotting evil against somebody,  evil will visit you. And that is the problem Governor El-Rufai is facing today in Kaduna State.

“I remember when I came in 2015, when they were honouring one of their friends as a minister on live television; Channels,  El-Rufai had the temerity to  say that (my) election cannot stand in Rivers state and that they will kick me out,” Wike said.

Governor Wike told the delegation that  in 2015, APC including El-Rufai convinced Nigerians that they were going to  offer better governance than the former President Goodluck Jonathan. But having taken over the realm of political leadership,  the APC  have continued to drive the country on the path of retrogression.

“There can’t be good governance without security and this is based on rule of law. All of us are living witnesses in 2015  when it was alleged that the government of former President Goodluck Jonathan, could not perform.  So Nigeria needed a change. What has happened to the change? They have taken Nigeria back by 50 years.”

Governor Wike wondered how long the APC federal government will allow the needless killings and abduction of innocent Nigerians to continue.

He said it is no longer acceptable for Nigerians to wake up daily to such ugly news of killings because they expect the government to guarantee security.

Wike, besides calling out El-Rufai, said his administration is doing everything possible to secure life and property of all residents in the state.

“But thank God that in our state, we are doing everything we can to protect lives and property. For us, we believe that everybody has s role to play in this country.

“This is because when Nigeria is bad, Rivers state will be bad since we are all component units of the country.  But as a government, we will continue to partner with voluntary organisations like Rotary club to improve the wellbeing of our people.”

Earlier, Vice President of Rotary Club of Port Harcourt,  Rotarian Obiageli Ejezie said Rotary Board of Directors approved that Governor Wike is best suited for the 2019/2020 Good Governance Award for his sustainable projects.

APC Will Take Over Rivers Govt House In 2023- State Chairman