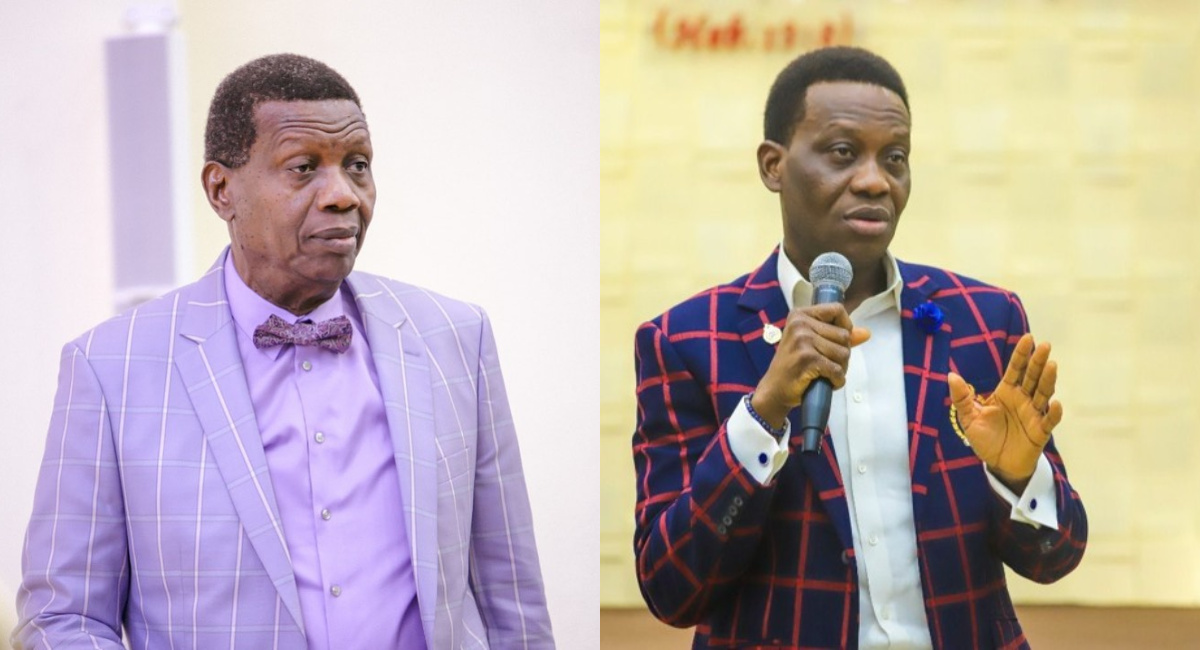 General Overseer of The Redeemed Christian Church of God (RCCG) Pastor Enoch Adeboye has urged his congregation and Nigerians not to lament the death of his son, Dare who he said is now comfortably in heaven.

Pastor Adeboye in a Youtube video also enjoined Nigerians not to see death as a defeat saying that the death of Job’s children and of Jesus turned into great losses for the devil.

He also urged for prayers for him, his wife, and the family left behind by the deceased. He said that the best way to honour Pastor Dee as he called him would be to win more souls for Christ and by that smash the head of Satan.

He promised that like never before that he was going to show more interest in the youth ministry of the church.

GreenWhiteGreen GWG reports that Pastor Dare, who was popularly known as Pastor D died on Tuesday, May 4, 2021 in his sleep. He was 42 years old.

Speaking in the about 10 minute video, Pastor Adeboye said:

“I want to thank each and every one of you, for this massive show of love, not just for Dare but for me, my wife, the widow, the children, the siblings.

“I want you to know that God who knows the end from the beginning, knew long before the foundations of the world that what has happened is going to happen.

“And because His word is forever settled, He said all things work together for good to them that love God. We may not understand now, but what has happened is going to work out for good as individuals, as families and as a denomination.”

He said: “Cry if you wish but don’t cry for Pastor Dee (as Dare is fondly called) because he is resting in glory. Cry because you are the one still fighting the battle.

“Anyone who has caught a glimpse of heaven will not be crying for Pastor Dee because there is no comparison between heaven and earth. But then fight courageously because, on the resurrection morning, we shall meet again.

“I want you to know that God who knows the end from the beginning knew long before the foundations of the world that what has happened was going to happen.

“And because his word is forever settled, he said all things work together for good to them that love God. We may not understand now, but what has happened is going to work out for our good.

“In one of his sermons, Dare himself said God does not need a visa to pay you a visit or to do whatever he wants to do in your life.

“And I have told you before death is not a function of age. Young people die, old people die, children die. And it is not about how long you live it is how well. Even Jesus Christ himself died at the age of 33. John the Baptist never lived to be 34 and yet he was the greatest.

“We have lost a champion. You would agree with me on that. Let us consider him a seed that we have sown and let’s get ready for a special harvest,” he said of the death of Pastor Dare Adeboye.

“I want us to join our forces together and produce many champions like Damilare that would go round the whole world and shake the world for the Lord Jesus. That is how we can honour his memory.”

He added: “The church of God is marching on. It doesn’t matter what the devil is thinking now.

Related Topics:headlinesPastor Enoch Adeboye
Up Next