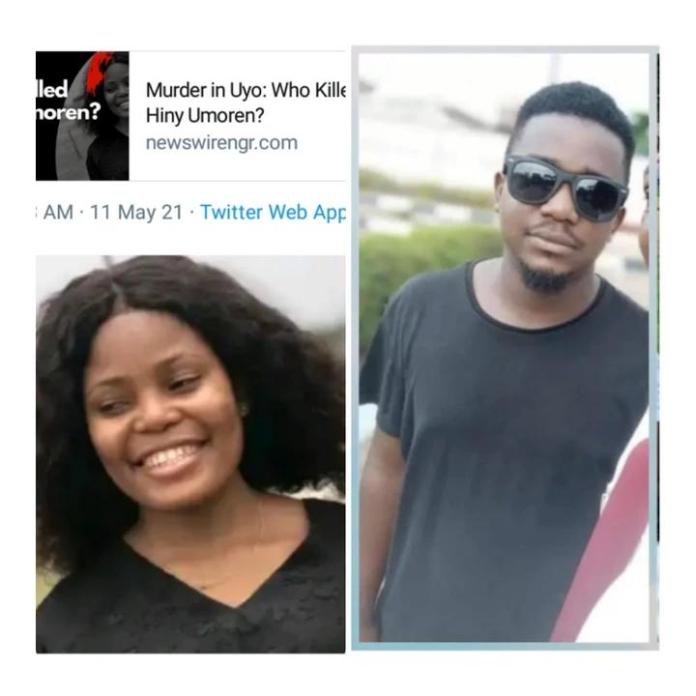 There are reports that the suspected Killer of Iniobong Umoren has links with top government officials.

Umoren is an undergraduate job seeker who was lured and killed by Frank Uduak Akpan after he deceived her with a promise of a fake job.

The Nigerian Police have however succeeded in arresting the murder suspect.

According to reports, several days worth of leaked call records shows Frank Akpan’s links to a senior civil servant in the Federal Ministry of the Niger Delta.

The data allegedly also shows that Police Superintendent Samuel Ezeugo who was named as one of the officers that arrested Frank Uduak actually has a pre-existing relationship with the suspect.

Nigerians reacted to the latest development. While some are of the opinion that there are some bad eggs amongst the Nigerian police officers, some think Umoren’ killers must be brought to justice.