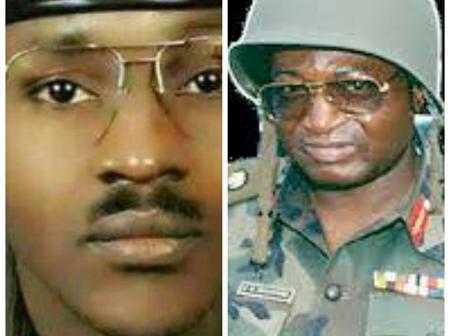 President Muhammadu Buhari has described the late former Chief of Defence Staff, Lieutenant General Joshua Dogonyaro as a legendary general whose death is “a great loss not only to the Nigerian military, but also to the country because of his patriotic sacrifices in defence of its unity and territorial integrity.”

GreenWhiteGreen GWG reports that Dogoynyaro who died on Sallah Day, May 13, 2021 announced the coup that removed Buhari as a military head of state 36 years ago, also on a Sallah Day.

President Buhari’s condolence to the Dogonyaro family was being hailed as a humble expression of the duties of his office as commander and consoler in chief irrespective of his personal loss 36 years.

In a statement issued on his behalf by his spokesman, Mallam Garba Shehu, the president said:

“The death of Dogonyaro comes as a great shock to me because as a soldier, I know what it means to lose such an officer and a gentleman who gave his best in the service of the country,” the President says.

As a thoroughbred soldier who had professionally distinguished himself in the course of his military career, the President notes that “laying down one’s life for the country is one of the greatest sacrifices any citizen can make to his country. General Dogonyaro’s incalculable contributions will be remembered for years to come.”

President Buhari also extends deepest condolences to the Government and people of Plateau State on the passing of ”this legendary general”.

He prays Almighty God to bless the soul of the departed and grant his family the fortitude to bear the loss.