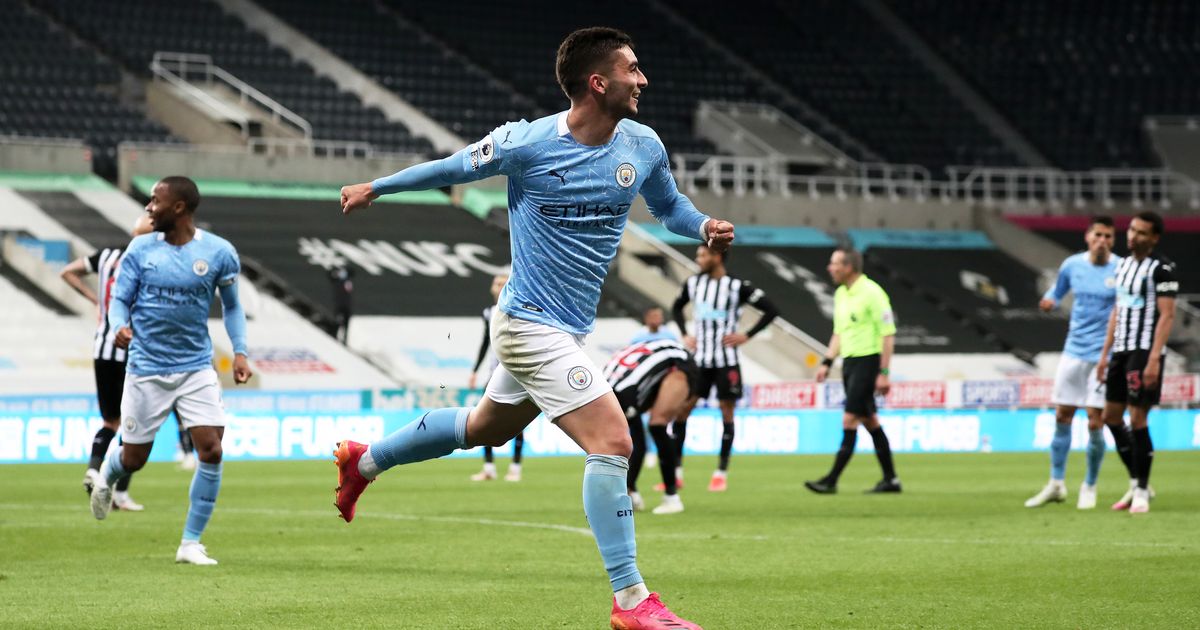 Manchester City added to their Premier League conquest as they became the first team to win 12 consecutive away games in the Premier League after a 4-3 win over Newcastle on Friday night.

Pep Guardiola’s outfit hadn’t played a game since being confirmed as champions for the 2020/21 season earlier in the week and they played their part in what was a whirlwind encounter against a Newcastle team already safe from relegation.

This didn’t stop City from starting the match brightly and dominating possession in the first half. However, it was Newcastle who took a shock lead against the run of play on 25 minutes when Emil Krafth headed home a Jonjo Shelvey corner kick.

Shelvey himself came close to adding a second for the Magpies, crashing a free kick effort off the crossbar with Carson beaten as the home side became a threat on the rapid counter-attack.

Manchester City equalized through Joao Cancelo, whose powerful strike from just inside the box was deflected into the far corner of the net, before Ferran Torres flicked an Ilkay Gundogan free kick past Martin Dubravka to put his side 2-1 ahead.

There was, however, more first half drama as a lengthy VAR check resulted in Newcastle being awarded a penalty kick for a foul by Nathan Ake on Joelinton and the Brazilian striker made no mistake in thumping home an equaliser from 12 yards.

Newcastle scored a third through Joe Willock who finished on the rebound after a penalty save by Carson only for Torres to equalise less than two minutes later, converting a Gabriel Jesus cross into the box.

And Torres completed his hat-trick moments later, reacting quickest to a Cancelo strike that rebounded off the post to score Manchester City’s fourth goal of the evening into the empty net.

The result moves City 13 points clear of Manchester United in second place, with Guardiola and his players already planning for the Champions League final against Chelsea later this month.