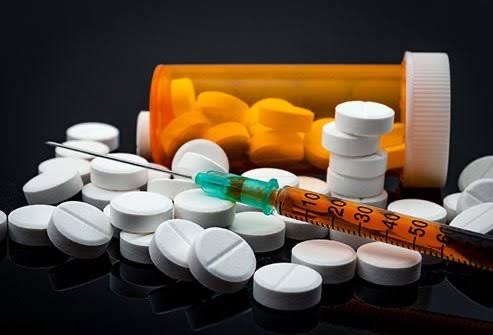 Mr Henry Nwankwo, the Nigerian Coordinator, Pan-African Student Union Parliament (ASUP), has called for a massive education and campaign on the effects of drug abuse on lives and the economy.

Nwankwo, who made the call in an interview with Newsmen on Friday in Lagos, said massive education was necessary to change people’s perceptions about drug abuse.

He said that drug abuse among young people had left them with depression, a high level of suicide, all forms of crimes and other mental health problems.

He said there was a need for continuous rehabilitation of people involved in drugs, adding that punishing them and those who attempted suicide might not be effective in controlling drug abuse.

According to him, when people’s general perception and orientation about drugs are changed, it will have more positive impacts on the society.

“If people’s mind sets are educated and reoriented to realise that the drugs they are producing, selling, or distributing will have a negative impact on human life.

“They will desist from getting involved in drugs and it will be better because if there is no production or supply for the drugs, there won’t be demand for them,” he said.

He said that drug abuse and its prevention were inadequately addressed in the country due to lack of awareness of its impact on public health.

“It is therefore important to raise massive public education awareness about drug abuse to make progress in preventing and controlling it,” he said.

Nwankwo said that poor record-keeping, surveillance, and monitoring of drug abuse behaviour were challenges that needed to be addressed.

According to him, the current political will in the prevention of drug abuse is weak and almost does not exist.

Nwankwo said one of the mandates of the union was to campaign against the use of illicit substances, drug abuse and addiction, which had eaten deep into society.

“The union has been moving around Nigerian universities and polytechnics to educate students on the effects and dangers of drug abuse and the need to abstain from it.

“The efforts of all stakeholders including parents, families, relations and governments are all needed to achieve remarkable impact.

“More researches are needed to assess the patterns of drug abuse, changes in the rates, characteristics, and methods of drug abuse as they will also help to set up an achievable plan in preventing drug abuse.

“More importantly, parents, families, caregivers, relations and governments input are all needed if any reasonable achievement is to be recorded in the prevention of drug abuse in Nigeria,” he said.

Related Topics:Drug abuse
Up Next