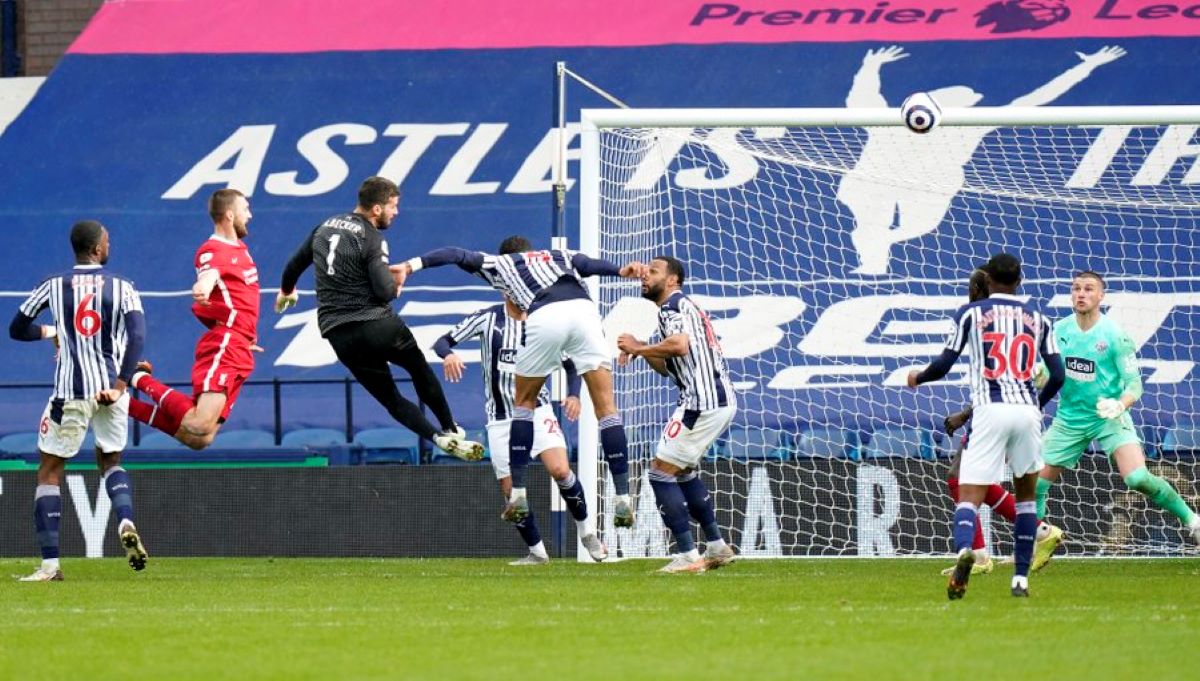 The sensational last minute goal was the first time that a Liverpool goalkeeper would score a competitive goal in the team’s history.

“I was lucky and I was blessed and I think it was God, He put his hand on my head,” the emotionally overwhelmed goalkeeper said following the tension filled match in which Liverpool’s top paid strikers failed to find a clincher to put them past a West Brom side that has already been relegated.

Liverpool had fallen behind in the first half after West Brom playing at home had gone ahead through a Hal Robson-Kanu goal who was making a rare start.

Mohammed Sallah had promptly responded in a goal that was described as one that came out of nothing.

Following the break both sides made decisive moves to get the upper hand but it was Liverpool who needed the win more that did most of the incursions. However, the team were reportedly frustrated with Frimino, Salah being frustrated by an obstinate West Brom that was itself playing for nothing having been demoted.

Both teams on resumption made strikes at the net but the two goals were ruled offside and it looked as if West Brom was determined to frustrate Liverpool as the game edged into a five minute extra time.

Just at about the fifth minute of extra time and with a Liverpool corner set to be about the last act of the cracker, Alisson stepped forward to join the crowd in the eighteen-yard box.

Instead of the frustrated strikers and forwards it was Alisson who got the ball and headed it to the right-hand corner of the net.

Alisson who lost his father last February was full of emotions after the game paying tribute to his late dad and wishing he had been around to see when his son made history by becoming the first goalkeeper to score for Liverpool in the team’s 129 year history.

“I wish my father were here. I am really happy. We have been under a lot of pressure.

“I saw it coming and I tried to be in a good position to tried to see with..I was lucky and I was blessed and I think it was God, He put his hand on my head.”

The win puts Liverpool in good position for a top four finish as the team with 63 points are now one point behind Chelsea at 64 and three points behind Leicester at 66.

Chelsea and Leicester meet on Tuesday where they are to divide the spoils and whatever, Liverpool now have their fate in their hands after goalkeeper Alisson story in wonderland goal.