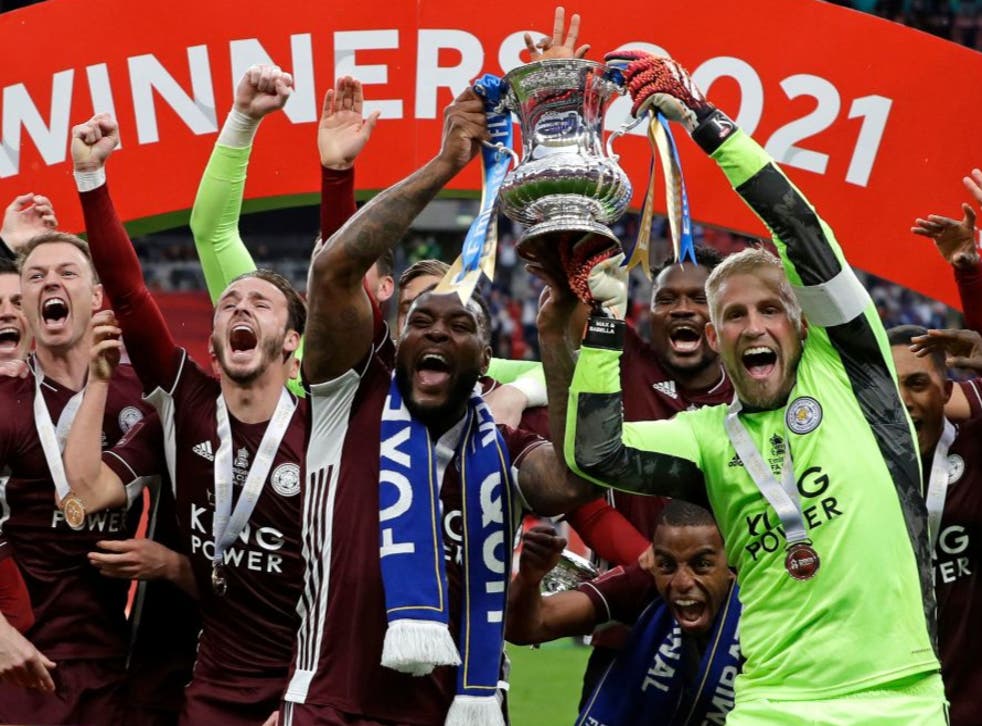 A Nigerian fan of Chelsea FC of England reportedly slumped and died as he watched Leicester receive the FA Cup on Saturday evening.

The fan simply identified as Osondu according to  GreenWhiteGreen GWG sources had joined others to watch the FA final between Chelsea and Leicester at a viewing centre along Nzekwe Street Asata, Enugu.

GreenWhiteGreen GWG had reported that Chelsea lost the final played at Wembley to Leicester by a lone goal.

Telemann’s second half cracker was what it took to dispatch the more favoured Chelsea and win the game for Leicester which had never won the cup despite eight appearances at the final.

It was gathered that Osondu slumped as he saw Leicester pick the cup at the expense of his team, Chelsea.

Osondu who was in his early thirties was reportedly immediately rushed to Parklane Teaching Hospital where he was reportedly pronounced dead on arrival.

GreenWhiteGreen GWG had reported that several Nigerians including some Chelsea fans had taken to Twitter to congratulate Leicester which parades two Nigerians on their victory.

I’m a Chelsea fan and I’m very happy we lost the final. I wanted Iheanacho and Ndidi to lift the trophy coz they’re from my country and I’m happy for them. We’re Chelsea

The good thing about this #FACupFinal  is Nigerian Chelsea fans can still celebrate the result. – A win for Iheanacho and Ndidi is a win for us all  #CHELEI

There were several others who taunted thus:

A lot of disappointed Agberos. But many happy Nigerians. Congratulations to Senior man Iheanacho, Ndidi, and Leicester City Football Club.

@ChelseaFC in the final of #FACupFinal . Congratulations #iheanacho & #Ndidi.

I celebrate with @67Kelechi and @Ndidi25 of @LCFC for ensuring that Nigeria’s flag was raised at the FA Cup finals. #FACupFinal

Big congratulations to our Nigerian duo in Leicester City FC, Wilfred Ndidi and Kelechi Iheanacho as they lift the FA Cup in England.