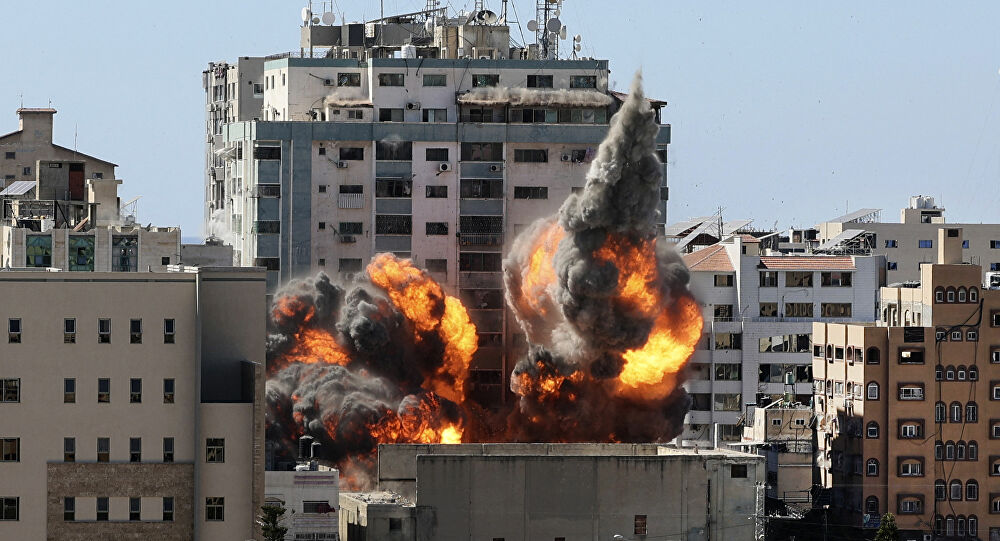 The Christian Association of Nigeria (CAN) has cautioned President Muhammadu Buhari against joining the Islamic world in backing Hamas in fighting Israel as advocated by President Recep Tayyip Erdogan of Turkey.

CAN urged Buhari to pull back because Nigeria is a secular state.

GreenWhiteGreen GWG reports that Erdogan during a call on Buhari called “for the international community to teach the necessary lesson to unlawful, unjust and unscrupulous Israel due to its attacks against Palestine.

The Turkish President further voiced his belief that Nigeria would show solidarity with Hamas in what he described as its rightful cause.

Expressing concern on the development, CAN in a statement issued by the General Secretary, Barr. Daramola Bade on Monday, said:

“We are worried that Nigeria which was wrongly labelled an Islamic State because of her unlawful membership of the Organisation of Islamic Conference (OIC) has been taking side with the Palestinians since the emergence of President Muhammadu Buhari. Hence why the Turkish President asked Nigeria to identify with the Palestinians.

Why Buhari Should Not Back Hamas In War With Israel – CAN

“On behalf of every Nigerian Christian, we call on the Federal government to reverse itself on the support that has been given to the Palestinians to date. For the record, millions of Nigerian Christians are in support of Israel against the position of the government.

“We once again remind the Federal Government and the National Assembly that Nigeria is not an Islamic State.

“We call on the International community to intervene in the ongoing bloody actions in the Middle East without taking side if they truly want an enduring peace. We agree with the United States that Israel has the right to defend herself against external aggression. We see no reason why Nigeria should take side with either of the warring factions,” CAN said.

GreenWhiteGreen GWG reports that the call on Buhari follows the war between Hamas and Israel which broke out a week ago after Israel decided to take revenge for rockets hurled into the country by the militant group which controls the Gaza Strip.

Gov Abiodun Mum As Aide, Rufai Is Picked By US Agents Over $350k Fraud