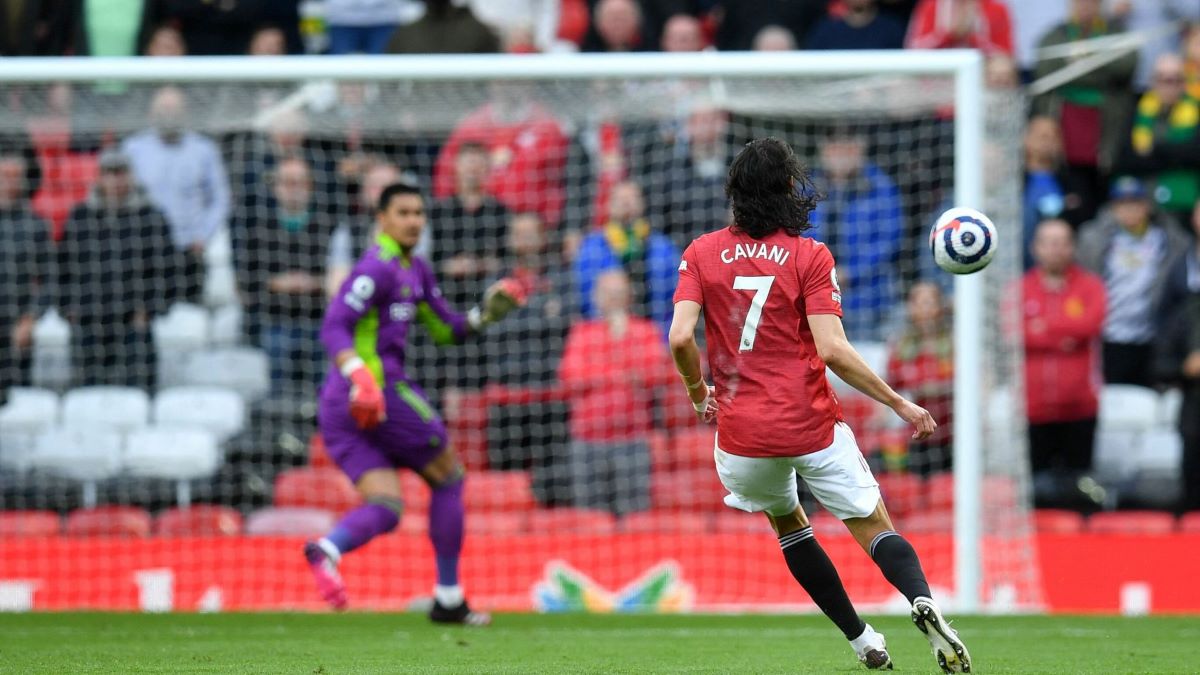 Manchester United settled for a 1-1 draw with an already relegated Fulham at Old Trafford in front of 10,000 fans. Edinson Cavani gave the fans something to remember as he netted a wonder strike from 40 yards in the 15th minute to hit in what the fans had expected to be a floodgate of goals.

The Uruguayan ace spotted Alfonso Areola off his line and unleashed an audacious attempt to lob the goalkeeper and it went into the net.

Thereafter, Bruno Fernandes was halted by Areola twice before Fabio Carvalho squandered a good chance to level the game as the Red Devils were ahead at the break, thanks to Cavani’s beauty.

Second half action continued in the same way as the first. Ole Gunnar Solksjaer’s men controlled the game until Ademola Lookman and Carvalho were denied by De Gea.

Fulham eventually grabbed the equalizer against the run of play when Joe Bryan headed in Bobbie Decordova-Reid’s cross.

Nonetheless, this result means Manchester United are now winless in three home games, while they remain second on the table.

Manchester United have already qualified for the European Championship league given that the teams following them can not displace the former champions from the number two position.