See What BBNaija Star Vee Got From Neo 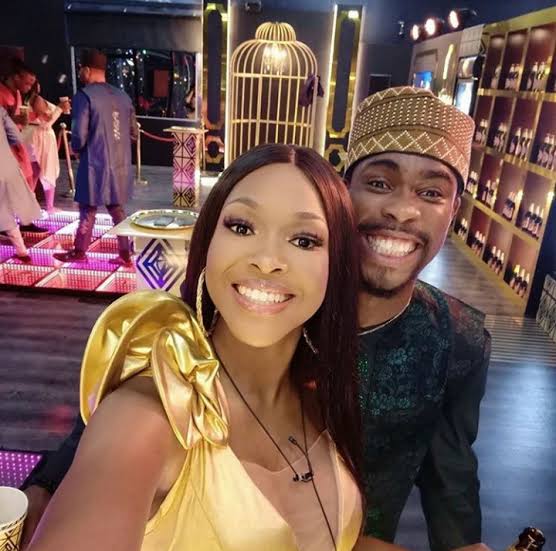 Big Brother Naija reality star, Vee took to her Instagram Stories to show off the thoughtful gift her man Neo Akpofure sent to her ahead of her first hosting gig.

He sent her flowers and a note that reads: “For every effort on your first hosting project. Proud of you.”

Recall that the BBNaija Reality Tv star Vee had in an earlier post confirmed that she and Neo were now dating.

Without mincing words, Vee said that they are both good despite their very busy schedules

After so many dramas and much tension in the house, BBNaija star Vee has confirmed that she and Neo are now dating.

Known as one of the strong couples in the house during the show, there have been speculations around them still being an item or not since the end of the show.

In an interview, Vee said that it is surprising that despite being in each other’s faces in the house 24/7, everything was still good between them when they came out.

Vee and Neo met when they were both housemates in the 2020 Edition of Big Brother Naija.