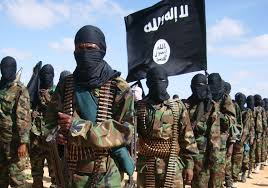 A Civil Society Organization, Nigerians Against Terrorism (NAT), said it is an obligation on every Nigerian to pressurize Boko Haram terrorists to lay down their arms.

NAT made their observation while reacting to a statement by the Executive Director of OSIWA, Ms. Aisha Osori, who insisted that it was not the duty of human rights groups to mount pressure on terrorists or force them to surrender.

Osori stated this at the opening ceremony of a three-day training on ‘African Commission Guidelines on Human Rights in Counter-Terrorism Operations’, organised by the Centre for Strategic Research and Studies (CSRS) of the National Defence College (NDC).

NAT, in a statement on Wednesday, disagreed with Ms.Osori, saying it is the duty of every Nigerian to put pressure on the terrorists to lay down arms.

The statement, signed by its Coordinator, Buba Alhassan, noted that every means possible should be used to restore peace in the country, including indigenous approaches.

Why Nigerians Must Put Pressure On Terrorists

According to NAT, “We commend Human rights groups for their desire to see to the quick resolution of the security challenges in the country. This should be the concern of every well meaning citizen.

“We however say that the Human Right Community consists of Nigerians, some directly and indirectly affected by the crisis in some parts of the country.

“As the name says, Human Rights, their duty is also to ensure harm to human being is averted. As such human rights groups have a role in putting pressure on terrorists’.

“We in NAT believe that Human Rights Groups can fashion out means, messages etc that can speak to the conscience of the terrorists’.

“While not speaking for the Nigerian military, we are all witnesses to the sacrifices they are making at this particular time.

“We in NAT therefore say, that resolution of the crisis should not be left for the military alone. We are all affected, and must play a role in ensuring stability across the country.”

“While we agree with the Executive Director on need to train the soldiers on human rights, we also state that the Human Rights Community should be able to decipher what is human rights abuse and not.

“We remember a few years ago, the United States of America stormed Pakistan to take out Osama bin Laden.”