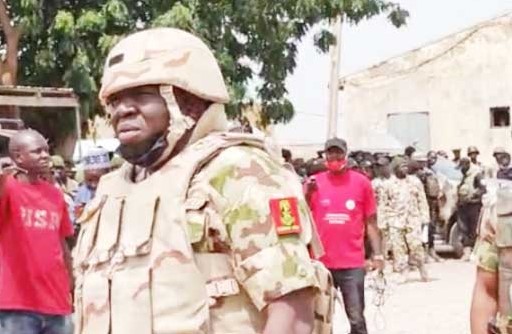 The shortest stint before him in the democratic era was Gen. Andrew Azazi who served for 11 months before he was promoted to the post of Chief of Defence Staff.

Gen. Attahiru was appointed army chief on January 26, 2021 when President Muhammadu Buhari made a sweeping change of the service chiefs.

He commenced cadets training in January 1984 and was commissioned into the rank of Second Lieutenant in December 1986 as an Infantry Officer. He holds a Masters degree in Strategic Management and Policy Studies from the Nigerian Defence Academy.

General Attahiru has held several appointments on the staff, instructional and in command during his military career. He had a tour of duty with the United Nations in Sierra leone as a Military Observer, where he facilitated United Kingdom military engagement, Operation BARASS in September 2000.

He was an Operation Officer and later Company Commander in NIBATT 19 ECOMOG Operations in Liberia. Also, he had the unique privilege of having commanded with distinction all through the chain of command in the Nigerian Army.