(Video) You Had The Guts To Sleep With My Husband Till Day Break? Woman Beats Up Side Chick!

Video: NYSC Female Member Salutes Brother Who Dropped From School For His Sibblings 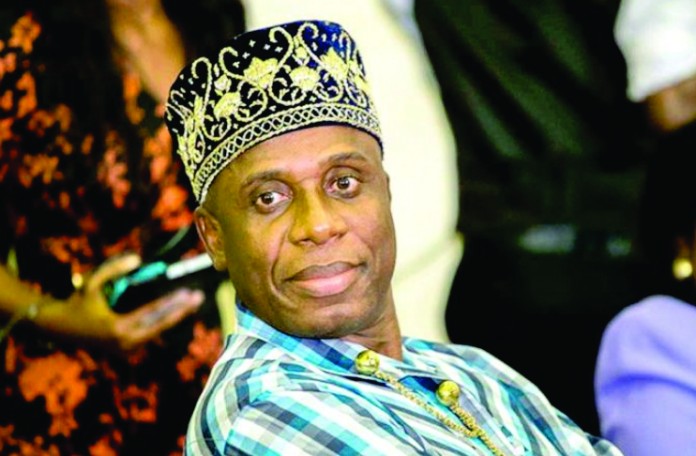 A music video shot by Rotimi Amaechi and his family has been released to the public. The musical video titled ‘Blessed People the Lord Has Chosen as His Heritage’, saw Amaechi and his wife sing on the faithfulness of God to those He has chosen as His heritage.

The music video which was shot apparently in Amaechi’s living room was apparently produced to mark the minister of transportation’s 56th birthday.

In the video, the minister and his family sing thus:

“Blessed people the Lord has chosen as his heritage.

The word of the Lord is faithful and all his works to be trusted.

The Lord loves justice and right and his merciful love fills the earth.”

Amaechi got married to his Igbo wife, Judith in 1993 and the couple is blessed with three children — Obinna, Chimkamkpa, and Lemchi.