Okowa And The Battles Ahead Of Him 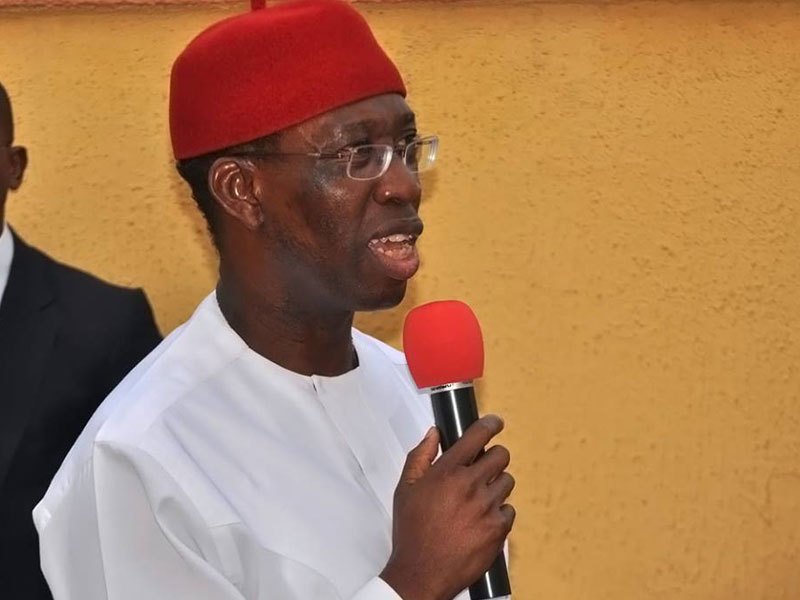 It is arguable if anyone among his fellow political actors was as prepared as Dr. Ifeanyi Okowa for the kind of positions he has held.

The steady climb according to those who knew him as a student was shocking, given what they claimed as his seeming quietness as a student.

Your correspondent did not meet him at Edo College, Benin, but friends who studied with him at University College, Ibadan claim he didn’t show signs of the political giant he has become today.

An amiable façade, according to those who know him covers a sophisticated political mind that has overwhelmed giants.

It is against this background that Deltans, and indeed, Nigerians are watching with interest the emerging political developments around the 2023 governorship contest in Delta State.

Okowa seems to have been true to himself when he said as a matter of fact that he does not know which political zone would succeed him.

Against the background of agitations from Delta Central which has the plurality of population, his assertion some say, is unwise. But the governor apparently spoke from his heart.

In the same building where he made the claim, his predecessor, Dr. Emmanuel Uduaghan had said in late 2014 that he did not know who would succeed him but those who would not.

Uduaghan as many people claimed, pointed to Okowa, his former associate, neighbour, and commissioner colleague as one of those who would NOT become governor. Dr. Uduaghan indeed worked to that direction until the collation of forces between Senators James Manager, Okowa, and the allied forces overwhelmed the former governor to the extent that he gave up pursuit of the Senate seat he wanted to take from Manager.

As a corollary, Okowa also paid Uduaghan back in 2019 by also ensuring that the former governor’s bid for Senate was suppressed.

So, given the movement of the governorship of Delta from Central to South and now to North, the general expectation has been that the next movement would go to Central.

However, political and ethnic pundits are claiming that the movements in Delta only succeeded because of the weight of the factors behind those who won.

In 2007, Uduaghan succeeded as the candidate of the Peoples Democratic Party, PDP, largely because of the weight Ibori and Okowa brought to play. Okowa renounced his right for a runoff to allow Uduaghan emerge. The contest at that time was not zoned as aspirants from all districts participated.

In 2015 it was the same scenario with participants from all zones involved, with Ibori from his UK base and the incumbent, Uduaghan, pushing different aspirants.

One of the political actors had at that time said that the man on ground, Uduaghan, would prevail over his brother in UK. In the end historical loyalties to Ibori and other variables cashed in to frustrate the Uduaghan agenda.

When on the Wednesday before the PDP primary of 2014 Uduaghan changed course from Delta North to Delta Central, it took the political and other ingenuities of Okowa and his allies in Delta North to prevail.

He was of course unknowingly helped by his ‘rebellious’ former associate, Sir Victor Ochei. While some thought that Ochei diluted Okowa’s votes in Delta North, it has now emerged that he actually harmed Delta Central, by pulling votes away from Uduaghan’s favoured man, David Edevbie.

While pundits may assert that Delta Central has been consistent in its aspirations at all times for the governorship, and should as such not been given the sole right in 2023, others think otherwise.

The Ijaw in Delta, not to talk of the Isoko believe that they like the other major tribes, should have a shot at the governorship. Not only do they have the political muscle, they also have the capacity to cause trouble!

For now they have two formidable personalities in the persons of Senator James Manager and the deputy governor, Kingsley Otuaro.

The permutations everywhere put Okowa in a fix and no wonder he has said that only God will determine his successor. Even if he were to pay back the Ijaw for helping muscle-up Uduaghan in 2015, how does he choose between a loyal deputy and a consistent friend and longtime partner from 1992 in the person of Manager?

Of course, the putative political leader, James Ibori would also be in a fix. He dares not abandon his people in Delta Central in the unfolding battle within the PDP.

Okowa and Ibori have not been known to openly disagree on issues apart from the shadowboxing some have alleged here and there, now and then. But 2023 is going to be a different ball game altogether.

Okowa who won a reputation in the PDP for conducting trouble-free primaries would be facing the battle of his life.

The job is not made any easier by the upcoming political gyration of the incumbent senator for Delta North, Senator Patrick Nwaoboshi.

Some remember their famous 2010 battle when Okowa as an underdog overwhelmed Nwaoboshi who as state PDP chairman openly backed Dr. Mariam Ali, wife of the PDP national chairman in the PDP Delta North contest broadcast on live TV.

Now, Nwaoboshi as it is generally speculated, would soon be teaming up with the presumed governorship nominee of the APC, Senator Ovie Omo-Agege for a repeat battle as the APC mobilises to upturn the dominance of the PDP in Delta.

While it is assumed that the only thing that will bind Ibori to Okowa if the seat doesn’t go to Delta Central would be the emergence of Senator Manager as PDP candidate, many are not oblivious to the capacity of Omo-Agege.

2023 in Delta will be an interesting fight!

Nigerians React To An Atiku, Tinubu Collabo After Airport Meeting

Lady Faults Remi Tinubu, Says She Was Told To Shut Up, Called A Thug