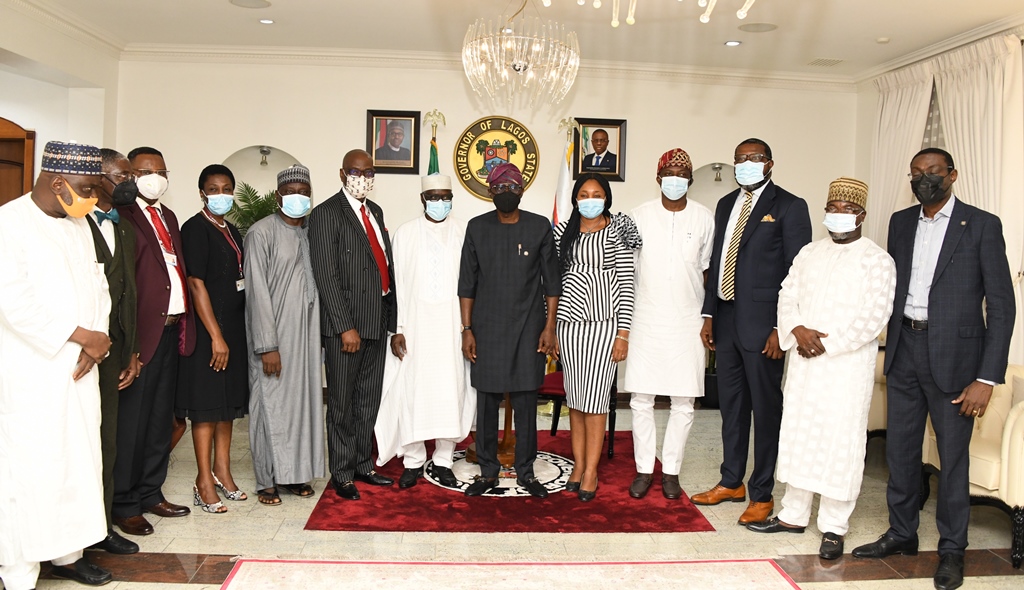 Lagos State Governor, Mr. Babajide Sanwo-Olu, has hailed the University of Lagos (UNILAG) for entrenching the culture of discipline and sustaining the school’s academic excellence especially with the sanction of two lecturers involved in the sex for marks scandal.

The Governor particularly praised the university management for the recent disciplinary action taken against two erring academic staff indicted in sex-for-mark scandal that rocked the school. He said the sanction would not only serve as deterrent to members of the school that may have similar tendency, but also redeem the reputation of the university.

Sanwo-Olu spoke on Thursday when he received members of the Federal Government’s Visitation Panel for UNILAG who came on a courtesy call at the State House in Marina. The panel members were led by the chairman, Lt. Gen. Martin Luther Agwai (rtd).

The Governor said: “It is a thing of joy to see a reputable citadel of learning managing its affairs properly and sustaining the culture of academic excellence. The school has maintained high discipline, as seen in the media reports about two days ago where lecturers who want to bring down the image and name of the school.

“The management of the school has been firm in ensuring that nobody is above the law. These are parts of the commendable steps which the school management has taken to ensure the standards are sustained,” the governor hailed the UNILAG authorities over its sanction on the lecturers indicted in the sex for marks scandal.

Sanwo-Olu reiterated his administration’s commitment to raise standards of education and academic research in the State, pointing out that the State Government had committed more investment in the sector to provide infrastructure in schools.

The Governor said the State Government would fulfil its pledge to UNILAG on construction of a standard jetty at the school waterfront, stressing that other infrastructure around the campus were being ramped up. He cited the ongoing reconstruction work on St. Finbar’s Road and Iwaya Road, and other adjoining areas around UNILAG.

This effort, Sanwo-Olu said, is to give members of the campus community a feel of the impact being made by the State Government.

The Governor added that the metropolitan fibre optic cables currently being rolled out across the State would help improve academic research in tertiary institutions.

He said the panel was raised by the Federal Government to carry out full assessment of the administration of the school to know the challenges it is facing in delivering on its mandate.

He said: “We are also mandated to carry out assessment on the resources available to the university and how they have been utilised. We are looking at the laws setting up the school and relationship of the university with statutory bodies and its host community.”

Shock As 300-Level Student Is Raped To Death