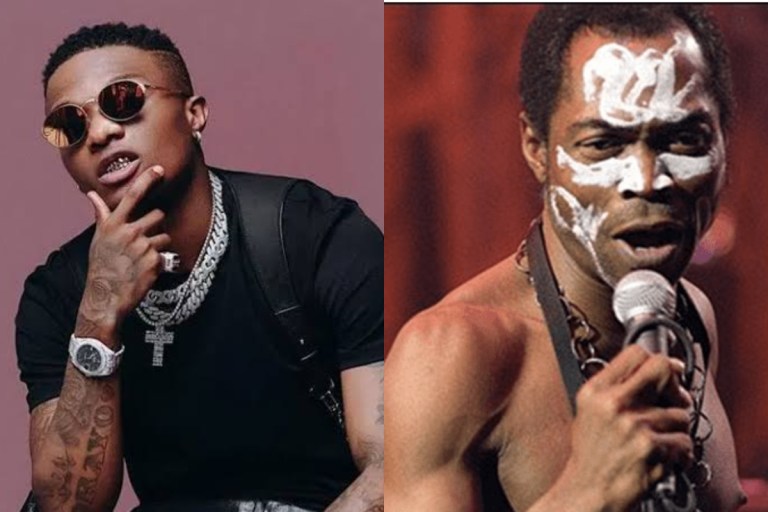 An overly enthusiastic fan of Wizkid got the internet buzzing after claiming that Wizkid is bigger than the legendary Fela Kuti.

According to the fan, it’s because of respect that people label the legendary Fela Kuti as the biggest but if one decides to be honest, Wizkid is actually bigger than Fela Kuti.

Readers reacting to the post gave an example to prove that Fela Kuti is big and Wizkid is nowhere near him saying people samples the songs and works of Fela Kuti across the globe but no one samples Wizkid‘s songs or works hence he can’t be compared to Fela Kuti.

Others stated that even when they take the impact Fela Kuti has on most people and the political or social influences he had, Wizkid can’t compare himself to him on any of that because he’s nowhere near him when it comes to influences in Nigeria.

But the die-hard fans of Wizkid were still defending the post made by one of them claiming they only give respect to Fela Kuti and hail him as the great but in an actual sense, Wizkid is bigger than him if we try being honest.

Lyta’s babymama, Accuses His Manager Of Stifling His Music Career