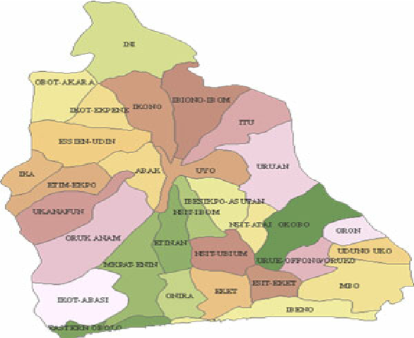 A policeman has been reportedly killed and others injured following a attack in the early hours of Sunday by suspected members of the Indigenous People of Biafra (IPOB) on a police station in Ini local government area of Akwa Ibom state.

It was gathered the police launched a counterattack leading to the death of one of the assailants, Imo John Udo, said to be an indigene of Ikot Edem Udo, Okon Clan in Essien Udim council area of the state.

There are unconfirmed reports that some persons may have lost their lives in the crossfire that ensued between the police and the hoodlums.

Gwg learnt that the suspected terrorists invaded the area with motorcycles and immediately opened fire on the police station.

Eyewitnesses said the operation lasted few minutes as men of the Police Quick Intervention Unit (QIU) with their counterparts from Ikot Ekpene Area Command engaged the attackers in a gun duel.

Two motorcycles suspected to have been abandoned by the hoodlums were seen at the scene of the incident.

The police were yet to confirm the incident.

Police spokesperson, Odiko Macdon SP, did not respond to calls by as at the time of filing this report.