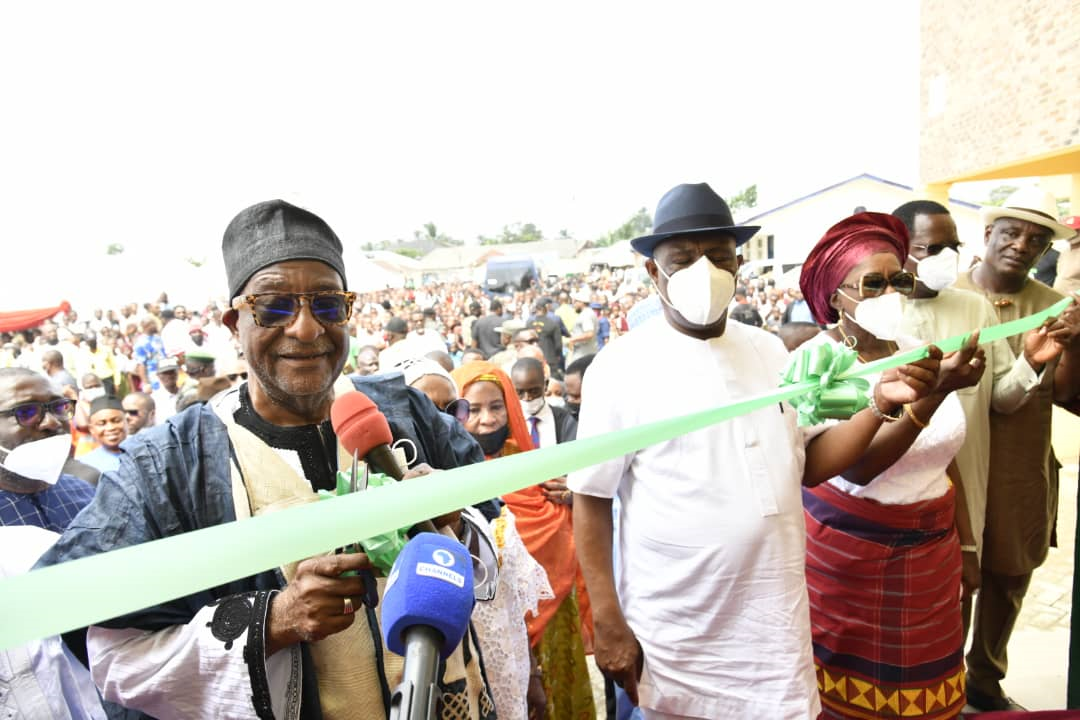 Governor Nyesom Ezenwo Wike of Rivers State has urged the federal government to expeditiously complete the abandoned East-West road because of its economic importance.

He said the neglect of the East-West road, particularly the Eleme axis where the Oil and Gas Free Trade Zone, Port Harcourt refinery and Onne seaport are situated, is unacceptable.

“They are taking us for granted because we have nobody. God in his infinite mercy will give us somebody. The kind of treatment we are receiving from this  federal government is unacceptable.”

Governor Wike charged the Minister of Niger Delta  Affairs, Senator Godswill Akpabio to visit the Eleme section of the East West road to appreciate the agony of the people of the area.

He further decried the failure of the Minister of Transportation, who hails from Rivers State to ensure that both the Port Harcourt  and  Onne ports function optimally for the benefit of the State.

Governor Wike explained that prior to the  reconstruction of  Community Secondary School, Eteo , students  were
learning in a very unconducive environment, worst still, without chairs.

He stated that the State Government decided to reconstruct the 24 classrooms  school to improve  access to quality education in the State.

The governor appealed to the teachers and students of the school to utilise the facilities provided by the State government  and make sure that the school is protected.

Governor Wike commended Eleme youths for resisting attempts by some persons with  secessionist agenda to use the community as a base for their nefarious activities.

According to him, Rivers state believes in the unity of the  country, and will continue to insist that every section of the country should be accorded equal opportunities  and privileges.

Chairman of the Board of Trustees (BoT) of the  PDP, Senator Walid Jubril, who inaugurated the Eteo secondary school said the party is proud of the developmental strides of Governor Wike.