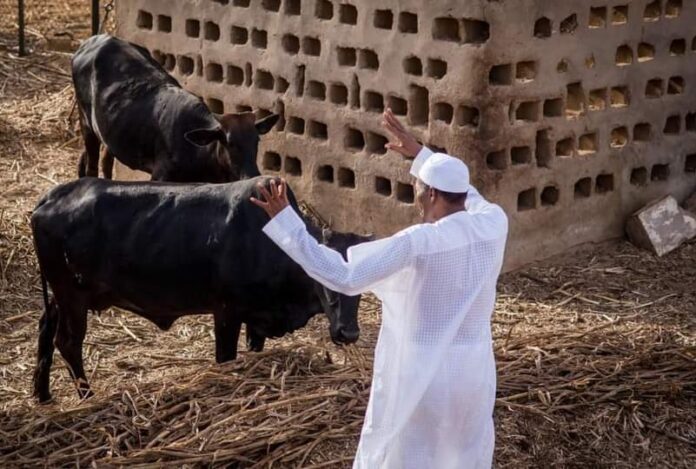 Disclaiming conspiracy theories of a presidency that had been hijacked by a few visible and invisible handlers, President Muhammadu Buhari last week came out to show himself and character as being behind the actions and inactions of his administration.

His interview sessions with Arise Television, and subsequently with the state-owned, NTA, conveyed to all the reality that the Buhari presidency was not dead despite the imaginations of those who had cooked stories about a Jibrin from Sudan and theories to explain the First Lady’s eight-month disappearance from the country.

To wit, all those who had unfairly flayed Mallam Garba Shehu as ditching out his personal whims and caprices as presidential orders have been brought to reality.

One of the major fallouts of the president’s interview with Arise TV was the resurrection of the phenomenon of grazing routes for cattle.

Before the interview, it had been taken that the idea of grazing routes, grazing reserves, and indeed, the matter of open grazing of cattle had been buried.

After the bold summit of the Southern Governors in Asaba, and the corresponding summit of Northern Governors, what Nigerians were looking forward to was on how alternatives to the open grazing menace would be explored.

Indeed, some of the most fanatical of Buhari’s supporters among the Northern governors, including Abdullahi Ganduje, Kano; and Aminu Bello Masari, Katsina, had been particularly expressive in their condemnation of the open grazing phenomenon.

However, with his interview on Arise Television, Buhari brought life back to the debate that ordinarily should be a non-issue.

Asked if he agreed with Abubakar Malami on his criticism of the Southern governors’ communique, the president said:

“You want me to contradict my Attorney General? “What I did was ask him to go and dig the gazette of the First Republic when people were obeying laws. There were cattle routes and grazing areas. Cattle routes were for when they (herdsmen) are moving upcountry, north to south or east to west, they had to go through there.”

The president’s decision to go back to the ways and manners of the First Republic is one that has astounded many. At a time many in the world are advancing better ways of doing things, several are shocked that the president would want to keep Nigerians stuck to the antiquated model of open grazing that was practiced in the First Republic.

The criticism of being stuck to the past is also beside the fact of documented judicial pronouncements that outlawed that method of grazing.

President Buhari’s action is one that feeds the insinuation that you get for a country the kind of leadership that you project. It is heartwarming that the president’s attachment to open grazing is not generally accepted even by fellow party members, northerners and the Fulani.

Governor Masari has shockingly been quick to distance himself from the president despite their well known political connections.

President Buhari’s fascination with grazing routes for cattle at this time when equally endowed countries are projecting permutations to lift their people through various technological feats must be shocking to Nigerians.

It comes against the background of the government’s decision to cut the country away from Twitter, which is undeniably one of the most engaging platforms for social and business interactions. Imagine what Nigerians are losing just because of the administration’s proclivities.

While noting its fascination with grazing routes, it is also shocking that the government has closed its eyes to the fact that the same routes have been converted to bandit routes and have become routes through which farmers and school children are kidnapped.

Indeed, Buhari noted the connection between the grazing and bandit routes in his interview when he said that the herders involved in criminality are foreign herders.

“So, from other areas, people rush to Nigeria. You know Fulani from Mauritania and Central Africa look the same, so they feel they are the Nigerian ones and I assure you that we are trying to resuscitate these cattle routes, grazing areas and make them accountable.”

So, the message passed across by the interview was that the president knows that the problems comes from foreign herders wielding AK-47s but his simple response is to resuscitate grazing routes as a solution to the menace posed by the Fulani militia.

How the parents of those Islamiya children kidnapped weeks ago in Niger State would take this is simply unfathomable. Indeed, despite the president’s steer warning last February after the Zamfara Girls school kidnap that that incident would be the last, these supposedly foreign militiamen have mocked the words of our president continuing with reckless abandon their savagery across the land.

With Governor Masari boldly coming out to distance himself from the president the danger for him and his legacy is that many, many Nigerians across tongue and tribe who identified with his coming in 2015 would sooner than later leave him in the ditch of history as they seek alternative routes for growth outside Buhari’s grazing and bandit routes.

2023: Senator Furious Over Suspension Of Tinubu Supporters By Ekiti APC