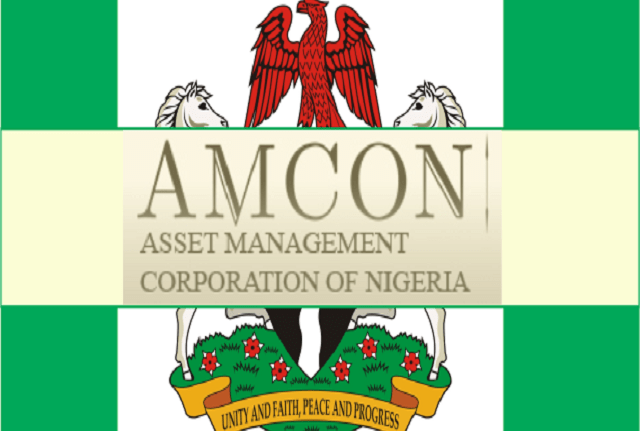 The Asset Management Corporation of Nigeria, AMCON Wednesday said it had taken over assets belonging to Senator Abdulfatai Buhari, over his failure to repay a N600m debt taken by his company, Abadat Ventures Limited.

AMCON in a statement issued by its spokesman, Mr. Jude Nwauzor said the loan was taken from from Guaranty Trust Bank and the senator refused to fulfil his obligations despite repeated reminders.

AMCON said that the takeover was upon a court order issued by Justice I. E Ekwo of the Federal High Court, Abuja.

Among the assets seized by AMCON were a property at 12, St, Petersburg Street, Wuse II, Abuja and Plot 516 off Misau Crescent, off Birnin Kebbi Crescent, Garki II, Abuja.

AMCON said: “Sequel to the order of Honourable Justice I. E Ekwo of the Federal High Court, Abuja, AMCON has taken over assets belonging to Alhaji Buhari Abdulfatai, Chief Promoter of Abadat Ventures Limited over indebtedness of almost N600m.

“Interestingly, Alhaji Buhari Abdulfatai is a serving Senator of the Federal Republic of Nigeria representing Ogbomosho North Federal Constituency in Oyo State a seat he won on the platform of the ruling All Progressive Congress.

“Justice Ekwo made the ruling on March 25, 2021, and in compliance to the enforcement order, AMCON went about putting the logistics together and on Friday, June 18, 2021, the corporation took effective possession of the two properties as listed by the court through its appointed Receiver Manager – Mr Baba Waziri of Baba Waziri & Co. Chambers.”

Besides causing AMCON to take over the properties, the court also ordered the receiver manager to take all necessary steps required to realise the assets of the obligor, with a view to paying the outstanding loan in line with Section 553 and 554 of the Companies and Allied Matters Act, 2020.

According to AMCON, the non-performing loan of Abadat Ventures Limited was purchased by AMCON from Guaranty Trust Bank during the second phase of Eligible Bank Asset purchases in 2021.

“Since then, the obligor has been unwilling to repay the loan despite the concessions made available to him by the corporation in a bid to amicably resolve the bad debt,” AMCON said of its action against Senator Buhari.

COVID-19: Africa Should Be Producing, Not Begging For Vaccine – Akinwunmi Adesina