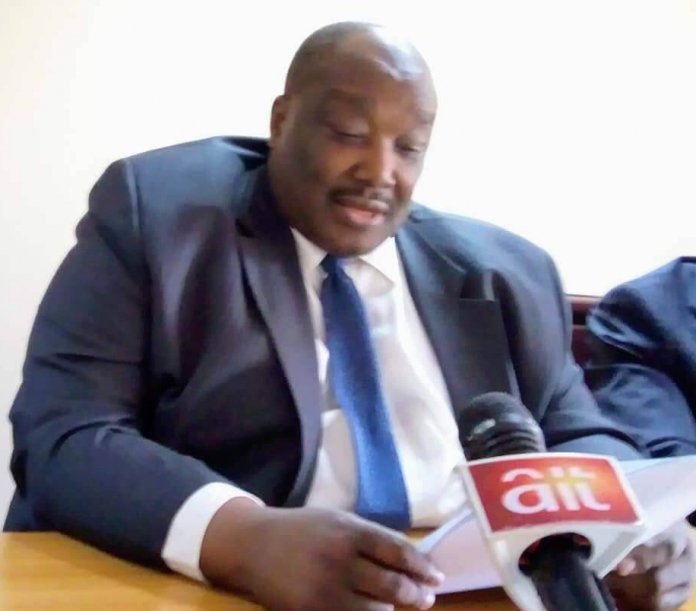 The appellant, Daudu,  had challenged an alleged N1.2 billion tax error in his taxation  allegedly carried out  by FIRS, by filing an appeal before the Tribunal.

The Tribunal in addition made an  order on the issue of Daudu’s residency in regards to his Personal Income Tax.

In the judgment, the Tribunal equally stated that the appellant was liable to interest on the judgment sum and interest at the prevailing Central Bank of Nigeria ( CBN) rediscount rate from the date of judgment until judgment debt was liquidated.

Delivering the judgement,  the Tribunal Chairman, Alice Iriogbe, said that the Tribunal formulated five issues in order to arrive at its decision.

Some of the issues as formulated by the Tribunal was whether or not the appellant as a legal practitioner, who did not deal in  primary goods should be assessed on WHT.

Another issue was whether or not the Tribunal can validly make an order against Economic and Financial Crime Commission ( EFCC), being not a party in the appeal.

Other issues as formulated by the Tribunal was whether or not  the Tribunal found anything against the respondent for collaborating with the EFCC in the course of its investigation to ascertain the appellant’s tax assessments.

Others are wether or not the tax assessments on the appellant had become final.

In providing answers to the issues formulated, the Tribunal ruled that the appellant in line with section 40 of the FIRS Act, 2019 that the appellant as a person and  legal practitioner was deemed a legal entity was assessable and liable  to pay WHT as he rendered,  received services and paid remuneration to legal practitioners under him accordingly.

In response to the issue of the Tribunal making an order against EFCC, the Tribunal held that it found it unnecessary to make a pronouncement, being that the commission was not a party in the appeal.

The News Agency of Nigeria (NAN) reports that the appellant dragged the FIRS before the Tribunal over an allegation of an error on assessments of his Withholding Tax (WHT), Personal Income Tax and Value Added Tax (VAT) for the period from 2010 to 2017.

Specifically, Daudu expressed dissatisfaction with the decision to assess him with respect to WHT (Withholding tax) and VAT (Value Added Tax) to the sum of N1. 2 billion.

The appellant claimed that it was a misnomer for him, who operated a law firm as a legal practitioner and did not deal in primary goods, to be assessed on Withholding Tax (WHT).

FIRS in its argument said that its assessments were not in error and that it was discovered that the appellant did not deduct and remit WHT on some of the expenses and payments made under the period in review.

The FIRS, therefore, prayed the Tribunal to declare that the notices of assessments issued on the appellant for 2010 to 2017 assessment was right.

It also urged the Tribunal for an order mandating the appellant to pay the total sum of N1.2 billion, being the appellant’s liability for WHT, personal income tax and VAT for 2010 to 2017 years of assessment.

FIRS stated that it rightly assessed the appellant; acting in accordance with the law and by collaborating with EFCC on non-declaration of income as well as tax evasion. ( NAN)

IYC Warns Buhari, Akpabio To Heed June Deadline On Inauguration Of NDDC Board

COVID-19: Africa Should Be Producing, Not Begging For Vaccine – Akinwunmi Adesina