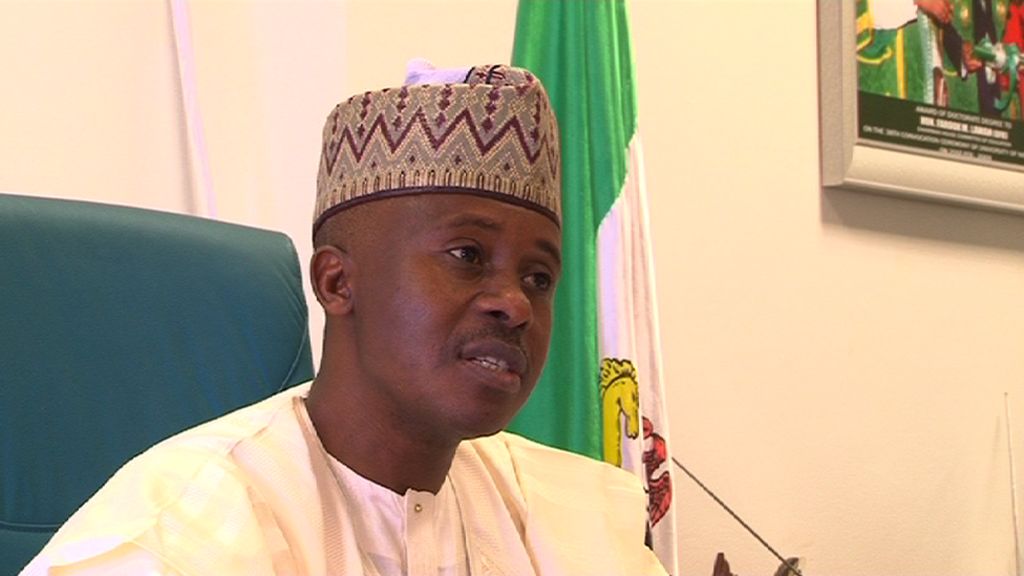 Farouk Lawan shot into the limelight using the mantra of integrity. He was shot down by deficit in the same word he mouthed to reckoning.

After 100 months trial, the vibrant, articulate and former top schemer at the House of Representatives, Farouk Lawan was yesterday convicted of the crime of demanding $3million bribe and receiving $500,000 from a business mogul, Femi Otedola, in exchange for legislative immunity for the businessman.

Regarded as a master strategist and chief schemer by his colleagues in the parliament, where he was a key player between 1999 and 2011, Lawan, who represented Shanono- Bagwai Federal Constituency of Kano State, played key roles in the emergence of five speakers of the House of Representatives including Salisu Buhari, Ghali Umar Na’Abba, Aminu Bello Masari, Patricia Etteh, and Dimeji Bankole. It was an action-packed parliamentary sojourn.

Until his foray into politics, Lawan worked at the Kano State Polytechnic, rising to the position of the school’s registrar before he won the House of Representatives seat in 1999.

Before he was dragged into infamy by the Otedola bribery scandal in 2012, Lawan, a stalwart of the Peoples Democratic Party (PDP), was a top power broker at the House of Representatives. In 2007, while chairing the Integrity Group, Lawan, 59, led the onslaught against Patricia Etteh, the first female speaker of the green chamber. Etteh was accused of unlawfully squandering N620m to upgrade her official residence and sundry contract scandal.

The bribery scandal that consumed Lawan and earned him seven years jail term started in 2012 when he chaired the House of Representatives committee that investigated fuel subsidy regime.

He was mandated to probe into how Nigeria was losing billions of naira to the deep pockets of greedy businessmen, in the name of subsidizing petrol for the citizens. While at it, Lawan was entangled in a dramatic web of a bribery scandal.

Soon, a call record emerged of Lawan in conversation with the businessman discussing details of a financial demand he made in order to exonerate Otedola’s Zenon Oil in his committee’s report. A video clip of him stuffing dollars he collected from Otedola into his cap soon emerged, heightening the drama around the scandal.

In February 2013, Lawan was charged to court by the Economic and Financial Crimes Commission (EFCC) on seven counts of bribery and corruption. Since the commencement of his trial, 100 months ago, Lawan’s political career has hit the rock, as he lost his bid to return to the parliament in 2015.

After 100 months of engagement in the courtroom, Lawan’s journey to Kuje prison started yesterday. Legally, it is not yet over for him as he has the window of appealing the trial court’s ruling right up to the Supreme Court.  With Mr Integrity’s new journey to prison, it is left of what remains of the judicial process to determine if it is over for him politically or if he gets another chance to dance on the political dais.