BBN Reunion: Drama As Ka3na Breaks Down In Tears 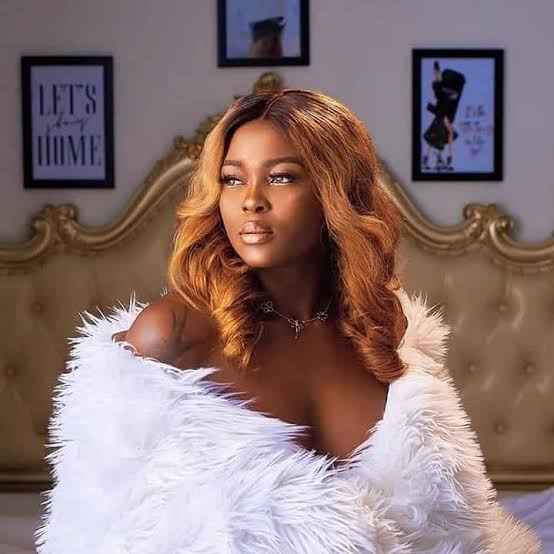 There was drama as Katrina Jones ex BBN Housemate also known as Ka3na/Bosslady broke down in tears during an episode of the BBN reunion.

During the Big Brother Naija Reunion, Ka3na disclosed that fellow housemate Lucy was not committed to their friendship. According to Ka3na, Lucy distanced herself from her and did not show her loyalty and commitment.

During the discussion, Ebuka questioned Ka3na on why she unfollowed most of her fellow housemates. According to Ka3na, she unfollowed a lot of them because she could not bond with most of them before her eviction, and also she realized people had a perception about her when she left the house and watched some of the videos.

Recall that the closest people in the Big Brother Naija house were Ka3na and Lucy. Before their friendship went sour, the duo were seen doing almost everything together.

When they were evicted, Lucy was seen several times at Ka3na’s house taking pictures, having fun together but unfortunately, their friendship suddenly hit the rocks.

Ka3na said that Lucy knew she was not cool with Nengi but she went on to befriend Nengi. She however unfollowed Lucy on Instagram because she had no choice. She explained that she cannot befriend a person who is also the friend of her enemy.

Lucy however in defending herself insisted that Ka3na did not communicate with her when it came to how she wanted their friendship to be.

However, TBaj stated that Ka3na unfollowed most of them because they attended Nengi’s party.

According to Tbaj, Ka3na is not friendly with Nengi, so she (Tbaj) suspects that Ka3na unfollowed most of them because they attended Nengi’s Party.

Ka3na however debunked the assertion by TBaj that she unfollowed most of the housemates because they attended the party of Nengi. She stated that she was not comfortable with the perception they had about her.