The power Of Motivation: The Farouq Yahaya (COAS) Way 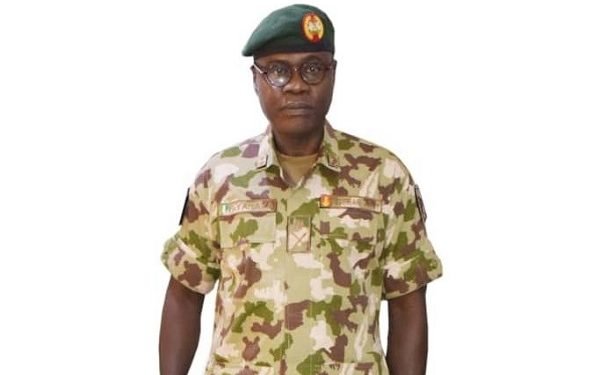 Sam Walton, founder of Walmart, once said that “Outstanding leaders go out of their way to boost the self-esteem of their personnel. If people believe in themselves, it’s amazing what they can accomplish.”

That is what the new dispensation in the Nigerian Army under the Chief of Army Staff (COAS), Maj.-Gen. Faruk Yahaya is most likely to witness.

During his maiden visit to 34 Brigade, Owerri, the COAS lauded the troops and other security agencies for their doggedness in dealing with recent security situation in Imo.

The COAS was also quoted as commending the troops for curtailing the criminal activities of the proscribed Independent People of Biafra (IPOB), in the state.

He urged the troops to redouble their effort in order to consolidate the successes so far recorded.

The new COAS is said to have a history of cordial relationships and motivation with his subordinates.

Not surprisingly troops rejoiced on his appointment as the Chief of Army Staff.

Results, where he has served, prove that troops are at home with him and ready to lay down their lives for the sake of the country.

Available records show that from April 1 when he took charge of the war against Boko Haram till his appointment as COAS, the number of civilians killed by insurgents dropped by 17 percent, while the number of Boko Haram members killed shot up by 46 percent.

On the side of the Islamist extremist group, 2,122 members were reportedly killed during Yahaya’s reign, compared to the 1,449 that were killed within the previous timeframe

Indeed the Spanish and Arabic-speaking Chief of Army Staff understands the power of a relationship with his troops.

It is our prayer that in his new position the result from his stay in the North-East will be translated across the country, thereby ushering in the much-needed peace.

On our part, we continue to appeal to Nigerians to continue to support the Nigerian Army and the entire military in the quest to restore peace.

The sacrifices of our dear military personnel cannot be overlooked. We owe them this responsibility.

Postponement Of Buhari’s Medical Trip Linked To Protest In London