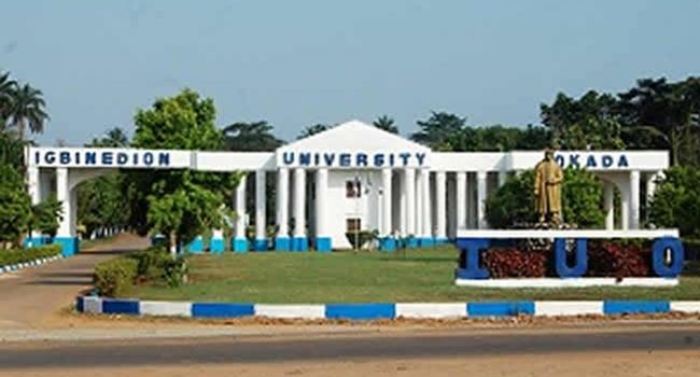 Igbinedion University, Okada, Edo, in partnership with the United States of America Consulate in Lagos, officially launched Benin City Window on America (BCWoA), a space where visitors can learn about the country.

Prof. Lawrence Ezemonye, the Vice-Chancellor of the university, at the event held in Benin on Friday, said the partnership represented a strategic collaboration.

According to him, the partnership also aimed at bolstering amongst others, cultural integration, education, skill acquisition and youth empowerment for the benefit of the good people of Edo.

The American space, he noted, would provide opportunity for the people of Edo and Nigeria in general to connect with the United States.

“Prior to this launch, Benin City Window on America has already hosted a number of persons in virtual meetings.

”Including the just concluded series on Massive Open Online Course (MOOC) camp, targeted at the youth and fresh graduates that ran for almost five weeks.

“Conversation with Alumna, Speak with a Diplomat and the Employability Webinars that are all standardised programmes for America Space, amongst others.

“I am sure you will all agree that this initiative is timely and apt for our country in general and Edo State in particular, as it would go a long way to support democratic and economic growth as the youths become empowered and engaged meaningfully.

“Founded 22 years ago, Igbinedion University has been in the forefront of championing higher education revolution in Nigeria through innovation, entrepreneurship and bespoke research in tandem with its motto of Knowledge and Excellence,” he said.

Ezemonye noted that the university known for its excellent delivery on partnership demands and projects, said BCWoA would be another opportunity to highlight the benefit of international collaboration.

“With the support of the Governing Council, we are poised to provide all the required leverage in order to deliver maximally on the project pact.

“We look forward to strengthening this partnership with the U.S. Mission in Nigeria as we work assiduously towards delivering on set targets,” the vice chancellor added.

Mr Stephen Ibelli, Public Affairs Officer of the consulate, said the window was as a platform for the U.S family worldwide.

Ibelli said the centre was for people to learn about the country, including its government, history, culture and educational system through programmes, lectures, books and electronic resources provided by the U.S government for free.

This, he said, was in accordance with a mantra of to engage, educate and empower.

The public affairs officer explained that the window would expose visitors to abundant opportunities in the U.S in the areas of education, research, financing and searching for the best out of the over 4,000 universities in the country to study.

“I want to appreciate the support of the university without which this official launching wouldn’t have been possible.

“The window will provide information on education, research, financing and how to find the best universities in the country because the U.S has more than 4,000 universities.”

The Chancellor of the university, Chief Gabriel Igbinedion, expressed delight that the institution was chosen as the 13th partners in Southern Nigeria for the iniative.

The chancellor represented by the Deputy Chancellor, Mr Lucky Igbinedion, a former governor of Edo, assured the partner that there were capable hands at the university to handle the project.

“No doubt that we in Nigeria are hungry for knowledge, especially in Edo, we are known as highly educated people, and we also like to be skilled-oriented.

“On this note, I like to commend this purpose of yours of not only bringing information but also wanting to train youths for tomorrow to be able to stand on their feet.

“Now that you have a window on America, I also like to appeal that when you get back, you should try to propagate a window on Igbinedion University in America.

“Help us to promote the first private university in Nigeria with certificate No: 001,” Igbinedion said.

In her goodwill message, Mrs Stella-Maris Imaseun, the Permanent Secretary, state Ministry of Education, said the partnership has the capacity to boost the economy and educational standard in the state.

This, she said, was through its promotion of employment, moral standing and general wellbeing of the people of the state.

“Window on America being launched today will not be thwarted, rather it will yield immense results especially in the long run, replicating an enviable level of quality education of the American nation. That would be a model for other institutions,” she said.

The permanent secretary was represented by Dr Osamuyi Ekhosuehi, the Director, Inspectorate Department.

Earlier in her address of welcome, Dr Georgina Erifeta, the Director of BCWoA, said the iniative was a platform where the public could connect other change makers around the world.

This, she said, would offer opportunity to build bridges between the people of the United States and Edo people.

Erifeta said the centre had been equipped by the IUO and the U.S Lagos Consulate to showcase the breadth and the depth of American values, ideas, beliefs and generally increase the diplomatic relationship between Nigeria and the U.S.

“This programme will help developing ideas, skills and opportunities and has the power to bring change to individual houses and communities.

“It will bring bilateral and regional relationships and hopefully how to resolve global challenges,”  Erifeta said.

Igbinedion University was established by Chief Gabriel Igbinedion, the Esama of Benin. (NAN)