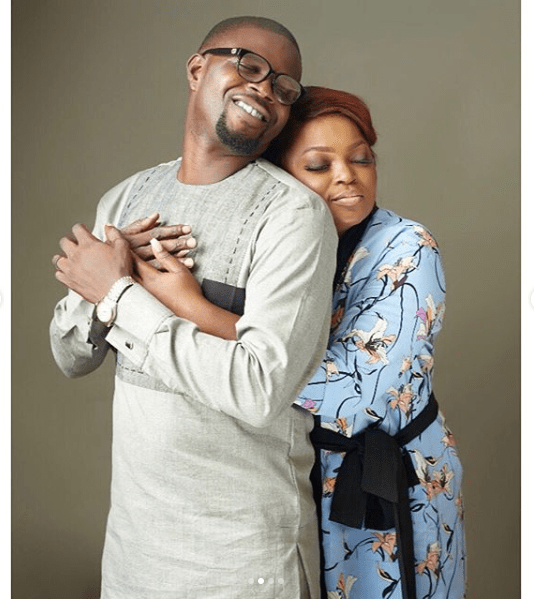 JJC Skillz, the husband of Nollywood superstar actress and content creator, Funke Akindele, has celebrated his wife ahead of their fifth wedding anniversary, telling her that he would love her forever!

JJC Skillz wrote the endearing words of affection to the star actress in a post on Instagram.

In the post ahead of their fifth wedding anniversary in August, he compared their marriage to the relationship between the tongue and the teeth

While JJC Skillz said that their marriage will experience bumps along the way, he, however, affirmed that their love will last forever.

JJC Skillz also prayed that they never reach a situation where any of them would not be able to forgive the other as he poured out his love to the star actress and entrepreneur.

JJC Skillz and Funke Akindele were married on her birthday, August 23, 2016.

He wrote: “ Letter to my wife @funkejenifaakindele. AHAN ati EYIN = The tongue and teeth fight every day to speak or eat but they coexist forever.

“This song is to remind us that we will have ups and downs. But our love will last forever. I pray we never encounter an issue we can’t forgive or forget. Love you always.

Funke Akindele-Bello in reacting to the post also paid her endearments to her husband who she hailed as her king!

She wrote: “Awwwwww thank you my king. I love you.”