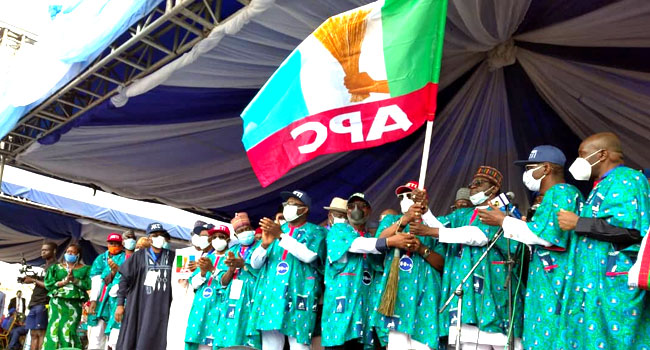 The party disclosed this in a statement on Friday after the extension of the caretaker committee by President Muhammadu Buhari.

During a meeting with Buhari on Friday, Buni disclosed that the committee met about N340 million in unpaid legal fees from the time Adams Oshiomole led National Working Committee.

Buni added that the inherited legal fee was reduced to N179 million after negotiations.

“Among other achievements in the CECPCs administration of the party, the National Chairman informed the President that the CECPC inherited liability of unpaid legal fees to the tune of N340 million, but successfully negotiated and brought down the fees to N179 million which is now fully paid.

“Also, with respect to court cases bordering on CECPCs legitimacy and election-related matters, the National Chairman informed the President that the party secured a judgment affirming the legality of the CECPC,” the statement by John James Akpanudoedehe the party’s interim national secretary read.