It's The End For Ronaldo As Portugal Fall To Belgium 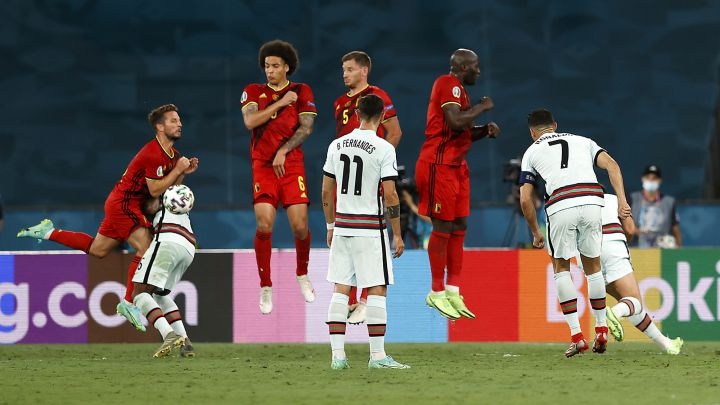 Thorgan Hazard’s 20-yard swerving drive sent Belgium through to the quarter-final of the Euro 2021 football tournament at the expense of the defending champions, Portugal.

Belgium also made it the end of the road for multiple record-breaking captain of Portugal, Cristiano Ronaldo who during the tournament had broken multiple records including highest international goal by a player and the Euro goal haul.

It is also likely to be the end of the road for Belgium’s playmaker, Kevin De Bruyne who left the field just after half time after suffering an ankle injury just before the break. He may likely not feature in the quarter final.

For Belgium, the road to the quarter-final was heralded just prior to De Bruyne’s ill-fortune, when the less-heralded of the Hazard brothers, Thorgan lightened up a drab first half when he came in from the left flank and, ran into space, and let loose a cannon with his boot which deceived Rui Patricio in goal for Portugal while it was in flight.

Portugal piled on the pressure on Belgium in the closing stages, coming closest to scoring Raphael Guerreiro shot against the post with seven minutes remaining.

Belgium having now dismissed Portugal will be up against a spectacular Italian side in the quarterfinals as their golden generation hope to clinch silverware for the first time in their history.