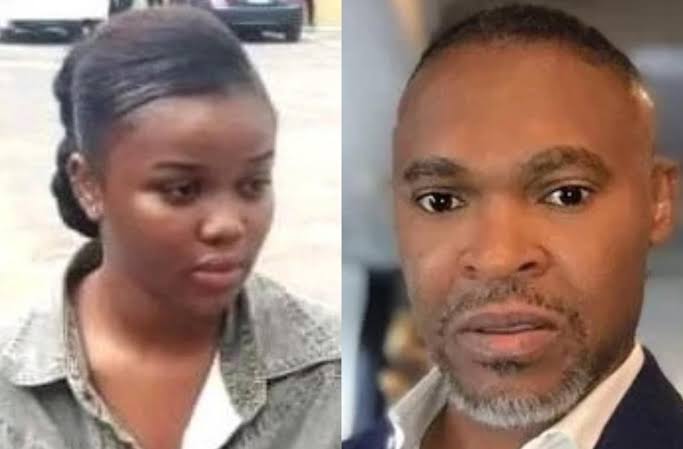 There seems to be more trouble for Chidinma Ojukwu the alleged murderer of Super Tv CEO Usifo Ataga.

This time, a Facebook user recounted her horrific experience with the 21 year old UNILAG Student.

The Facebook user identified as Tam Ep alleged that Chidinma is a hardened criminal. She narrated how Chidinma almost got her security man in trouble.

Narrating her experience on Facebook, she said, “ She is a hardened criminal and this is her modus operandi. I had to save my security man from this same girl early this year who lied to get his bank account and used it to blackmail someone. He was caught and I had to help him at the station.

“The police then picked her up and she confessed that she was blackmailing a guy after sex and the money was sent to my security man account as she has asked for his account because she claimed that her boyfriend sent her money and she didn’t want her dad to know.

“Stupid security man gave her his account. If she wasn’t caught, he would have been in jail and this blackmail happened years ago but because the security man went to bank to close his account after years , she still wouldn’t have been caught. The blackmailed guy didn’t press charges and police let her go after she refunded the money and handed over pictures… This girl does this for a living.”

Reacting to this revelation, a Facebook user identified as Yinka Rufai asked her if the story was really true.

To which Tam Ep replied, “Yinka, if I wasn’t personally involved and took my lawyers to get my security out and I saw this girl, I too will be suspicious like you. This blackmail she did was like 3 years ago or so and it was early this year my security was napped…imagine how hardened she is since 3 or 4 years ago?

This girl and a couple of people run a business of blackmailing married men and seems this one went wrong so don’t look at her age oh. Even when caught on my security man case, she was calm…babe na master”, she concluded saying.

You would recall that Chidinma was arrested days ago by Lagos state police command over her alleged involvement in the murder of Super Tv CEO and she confessed to have committed the crime leveled against her.