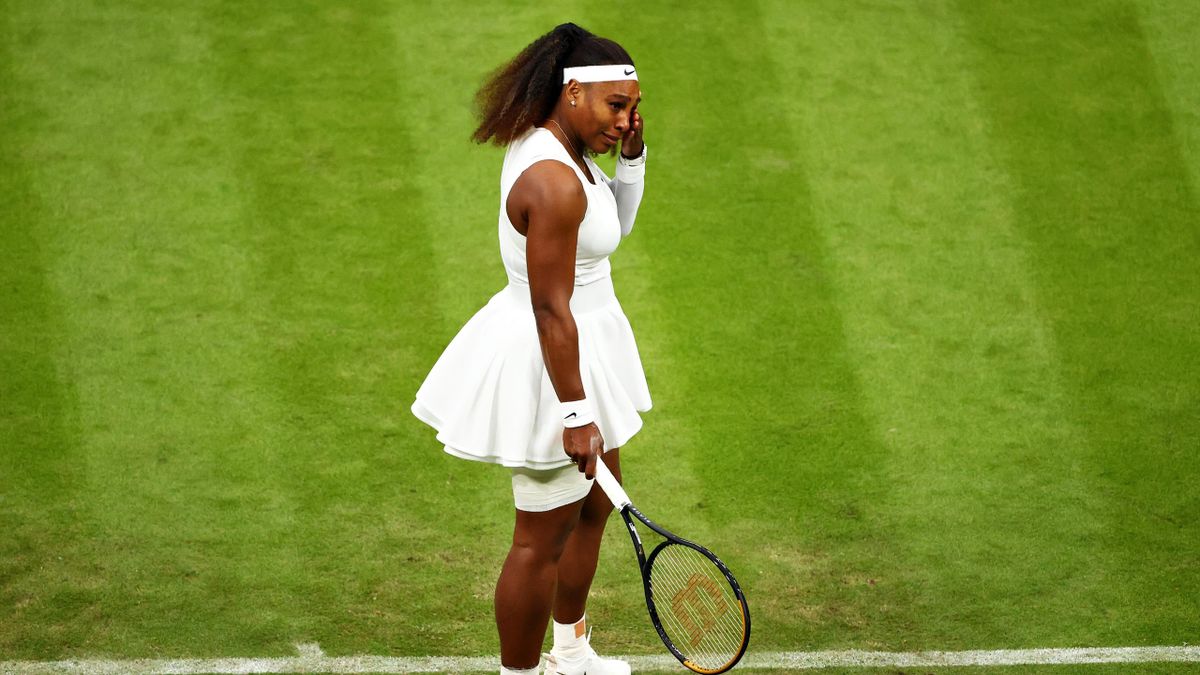 Serena Williams is out of Wimbledon in the first round after injury forced her to retire in the early stages of her match with Aliaksandra Sasnovich.

The American was tearful as she had to withdraw from the match.

She was seeking a historic 24th grand slam title at the return of an event she has won seven times.

Williams had broken Sasnovich and led 3-1, appearing to be in full control of Tuesday’s contest on Centre Court.

But she suffered an ankle injury in the fifth game after seeming to slip while playing a forehand.

With her movement clearly limited, Sasnovich broke back and Williams left the court for treatment as she took a medical timeout.

She re-emerged to huge applause and bravely tried to continue but was visibly in severe discomfort.

The 39-year-old soon had to call a halt to proceedings with the match level at 3-3, having let out a scream of pain as she tried in vain to reach the ball.(dpa/NAN)

However, there was better news for Serena Williams’ elder sister Venus Williams, who won her first match at the Wimbledon Championships since 2018 with a 7-5, 4-6, 6-3 victory over Mihaela Buzarnescu of Romania.

Venus, a five time champion at Wimbledon was 41 last month and became the fourth oldest lady to win a match at Wimbledon.

Asked her inspiration, she said “I answer this question a lot. You know, [I’m] good at what I do. You can’t win them all. Life is about how you handle challenges. Each point is a challenge on the court. No one gives you anything. I like to think I handle my challenges well.”