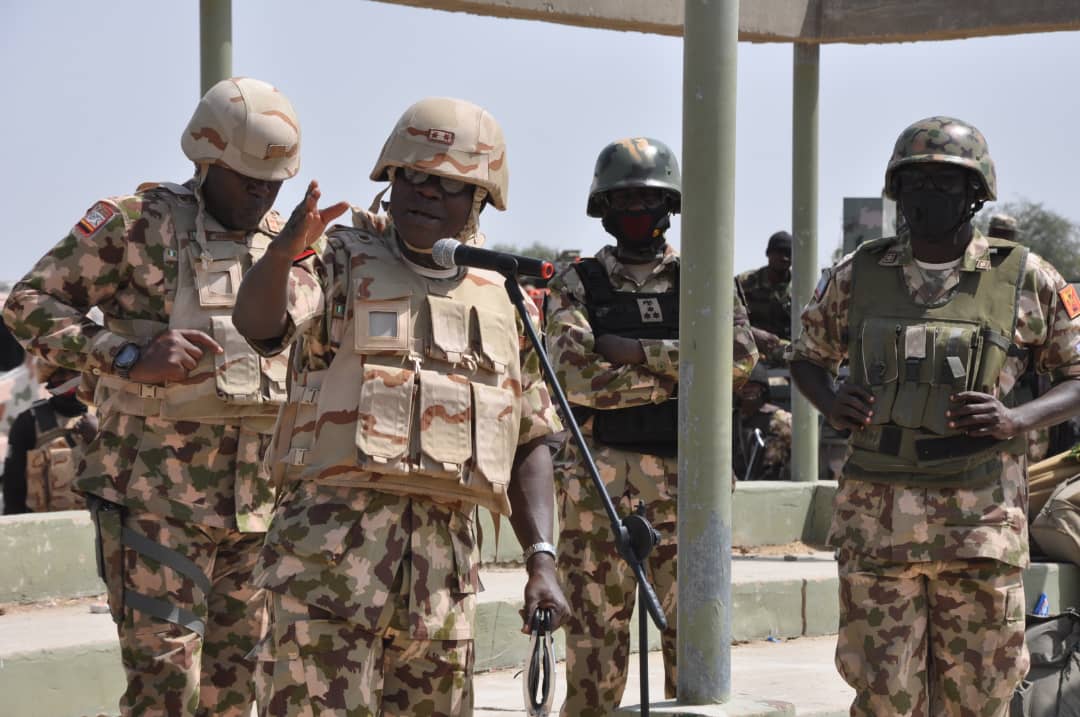 The Chief of Army Staff (COAS) Major General Faruk Yahaya has approved the appointment of Principal Staff Officers (PSOs), Field Commanders and other key staff that will provide the much-needed vigour in his command of the Nigerian Army (NA). This was disclosed through the NA Posting released by the Department of Military Secretary on Friday 2 July 2021 according to a statement issued by army spokesman, Brig-Gen. Onyema Nwachukwu.

The COAS approved the appointment of the Commandant Nigerian Army Armoured School, Maj Gen BO Sawyer as the new Director Defence Information while the Chief of Operations Army, Maj Gen IM Yusuf becomes the Commandant Nigerian Defence Academy. Maj Gen TA Gagariga will move from Army Headquarters Department of Policy and Plans to the Artillery Corps as Corps Commander Artillery and Maj Gen VO Ezugwu of Training and Doctrine Command becomes the Commander Infantry Corps. Maj Gen MA Yekini is the new Chief of Defence Training and Operations, Maj Gen MS Yusuf will take over as Chief of Defence Standard and Evaluation, while the Chief of Civil – Military Affairs, Maj Gen AB Omozoje will take over as the Chief of Policy and Plans at the Army Headquarters.

Among the new field commanders are Maj Gen AK Ibrahim who takes over as the Force Commander Multi National Joint Task Force, N’Djamena and Maj Gen IS Ali who becomes the General Officer Commanding 3 Division will double as the Commander Special Task Force Operation Safe Haven.

The COAS equally approved the appointment of Commanders, Commandants of NA Institutions, Directors and other key appointments at both Defence and Army levels. The appointments he said were aimed to rejig for efficiency in command and administration within the NA. These appointments take effect immediately.