I Never Promised To Make Rivers An Eldorado - Wike 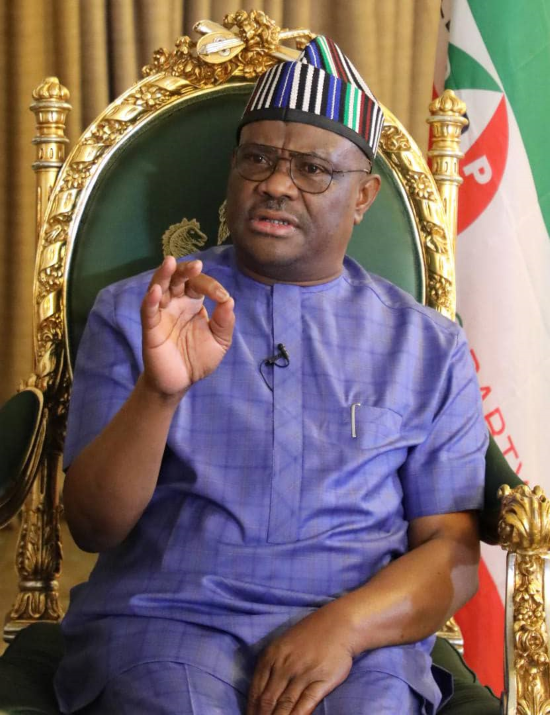 The governor of Rivers State, Nyesom Ezenwo Wike says he never promised to solve all the socio-economic and infrastructural problems of the State during his tenure.

Hence, he said, it is preposterous for the opposition to continue to live in denial of his sterling performance as governor, just because he has not addressed all the needs of the State.

Governor Wike made this assertion during the inauguration of the ultramodern National Union of Rivers State Students, (NURSS) national secretariat built by his administration at the  Rivers state University on Monday night.

The governor maintained that irrespective of the country’s current economic challenges, the State government has made tremendous progress in tackling some of the infrastructural deficit it inherited.

To this end, he said it is preposterous for the opposition not to acknowledge that he never promised to fix all the problems of the State during his tenure.

He further added: “On Saturday, we were in Opobo. The issue is, is there road to Opobo?”

The governor urged the leadership of NURSS to resist being used by disgruntled politicians to cause friction between them and State government. According to him, it is unethical for them to allow politicians to instigate them against the State.

“Sometimes, most of you leave what you’re supposed to do and concern yourself with irrelevant things, and allow politicians to use you to come and block Government House.”

Governor Wike explained that by the time he assumed office in 2015, there was virtually no State government presence in the University. According to him, the previous administration which wasted the State’s resources, completely neglected the institution.

He attributed the current ranking of the State University as one of the best in the country, to the huge investment his administration has made in the past six years to improve infrastructure, capacity building and welfare of the workers.

Performing the inauguration, Senator Bennett Birabi said since 1999, no governor of the State has worked conscientiously to improve infrastructure and enhance the wellbeing of the people, particularly during their second term, like Governor Wike.

He urged students to make judicious use for the edifice and shun social vices like cultism.

Alabo, who described the secretariat as the biggest in West Africa, said NURSS is expected to generate at least N50 million as revenue from the complex annually.

The Commissioner of Education, Professor  Kaniye Ebeku, thanked the governor for erecting a befitting edifice for NURSS.

Vice Chancellor of the Rivers State University, Professor Nlerum  Okogbule commended the governor for his unwavering commitment to improve academic environment in the University and enhance academic excellence.

Pro-Chancellor of the University, Justice Iche Ndu (rtd) said when the history of the State will be written, Governor Wike’s name will be written in gold for his commitment to good governance.

NURSS national president, Levi Z.George, said the inauguration of the secretariat marks a major milestone in the history of the union.

He explained that the gesture to build the secretariat is a further demonstration of the importance Governor Wike attaches to education.