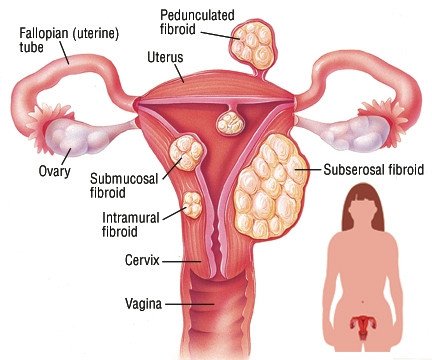 Dr Nathaniel Adewole, a Consultant Gynaecologist at the University of Abuja Teaching Hospital, Gwagwalada, has advised women with fibroids not to be afraid of operation as the procedure is safe.

Adewole gave the advice in an interview with the News Agency of Nigeria (NAN) in Abuja, saying that fibroids affect over 60 percent of the women population.

According to him, fibroids are abnormal growths that develop in or on a woman’s uterus; sometimes they are quite large and cause severe abdominal pain and heavy periods.

He noted that most people with fibroids experienced no symptoms while some could have lower backache, constipation and excessive or painful uterine, bleeding leading to anemia.

Adewole stressed that “death from fibroid operation is very low; in fact, this is the period we have one of the safest times compared to previously because we have advanced technically.

“Sincerely, fibroids operation is very safe now in terms of blood loss because there is a way we secure it to prevent bleeding and it is very effective; the majority of fibroid operations will not need a blood transfusion.

“It is just like any normal operation people can die from it due to some unforeseen complications,’’ he said.

He said that “nobody can say this is the real cause of fibroids, that is why it makes prevention a little bit more difficult technically.

“But one thing is common that may predispose to it: low parity either when the woman starts having children late or the interval between children is so wide; these factors could lead to more occurrences of fibroids.’’

He also noted that even some of those women that got pregnant early had some form of fibroids, “although pregnancy could reduce the chances of one having fibroid, it does not prevent it.

“When somebody has fibroid, there are three options: one in most cases fibroid may be asymptomatic; may be small and there will be no need for intervention.

“The ones that need intervention are of two types; those fibroids that are big leading to the enlargement of the uterus or if the fibroid causes symptoms.’’

He also noted that sometimes the fibroid might not be big but because of its location either inside the endometrium or below the endometrium it would cause symptoms, hence requires an operation.

“Because it could cause excessive bleeding.

“Women that started delivering early or normally without much spacing had a low risk of fibroids formation,’’ he said.

“Because even after the operation it may reoccur especially if the person went through myomectomy (removal of fibroid).

“Although it is not in every woman who has had the operation that it will reoccur but about 20 per cent of them,’’ he explained.

Adewole further urged that for somebody who is still desirous of pregnancy the treatment for fibroids could be through myomectomy (removal of fibroid) and it could be done through open surgery or laparoscopy.

“But for those that have completed their family size, the best treatment and curative is actually to remove the womb. In this case, there will be no chance of reoccurrence. (NAN)

Ways Mothers Can Prevent Their Infants From Speech Disorders — Expert

Here Are 10 Reasons Smoking Is Bad For Your Health