How Police Nabbed Fake Assistant Commissioner Of Police In Kano 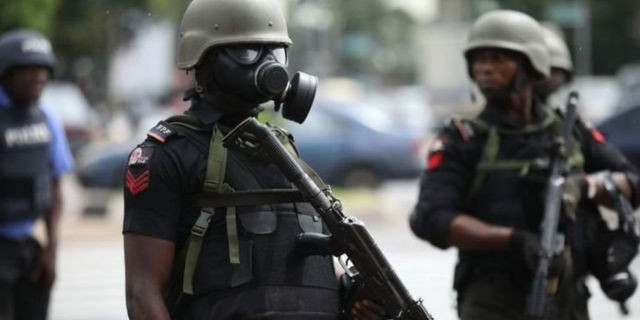 The police in Kano State Command has arrested one Mohammed Aliyu, 45, for impersonating as an Assistant Commissioner of Police (ACP).

“Credible information revealed that Mohammed Aliyu of Hotoro Mariri Quarters, Kano, paraded himself as an ACP,’’ Police spokesman, DSP Abdullahi Haruna-Kiyawa, said in a statement issued on Thursday in Kano.

“He went to a hotel in Kano and requested for a room to accommodate some of his guests coming from Kaduna and other parts of the country, and asked for a discount as an ACP,’’ Haruna-Kiyawa stated.

He added that the suspect tendered a complimentary card to the hotel manager bearing his name as an Assistant Commissioner of Police and the Squadron Commander of 52 PMF Challawa, Kano.

Aliyu also told the hotel manager that the Divisional Police Officer (DPO) of Nassarawa Division, Kano, was his younger brother and served under him in the police at a time.

“Having observed a suspicious approach, the hotel manager immediately informed the police.

“The Commissioner of Police, Sama’ila Shu’aibu-Dikko, instructed a team of policemen led by DPO Nassarawa, SP Daniel Itse Amah, to proceed to the scene.

“The team swung into action and found out that the suspect was a fake Assistant Commissioner of Police, and was subsequently arrested,’’ the police spokesman also stated.

Haruna-Kiyawa added that during investigation, some fake documents bearing the name Ibrahim Muhammad-Tijjani as a medical practitioner were found in Aliyu’s possession.

“Police investigation showed that Aliyu was neither a medical practitioner nor a police officer.

“He also confessed to have been involved in series of surgical operations and prescribed drugs to many patients,’’ the police spokesman stated.

He said that CP Shuaibu-Dikko ordered that the case be transferred to the Criminal Investigation Department for further investigation.

Haruna-Kiyawa said the suspect would be charged to court thereafter.

Related Topics:Assistant Commissioner Of Police
Up Next