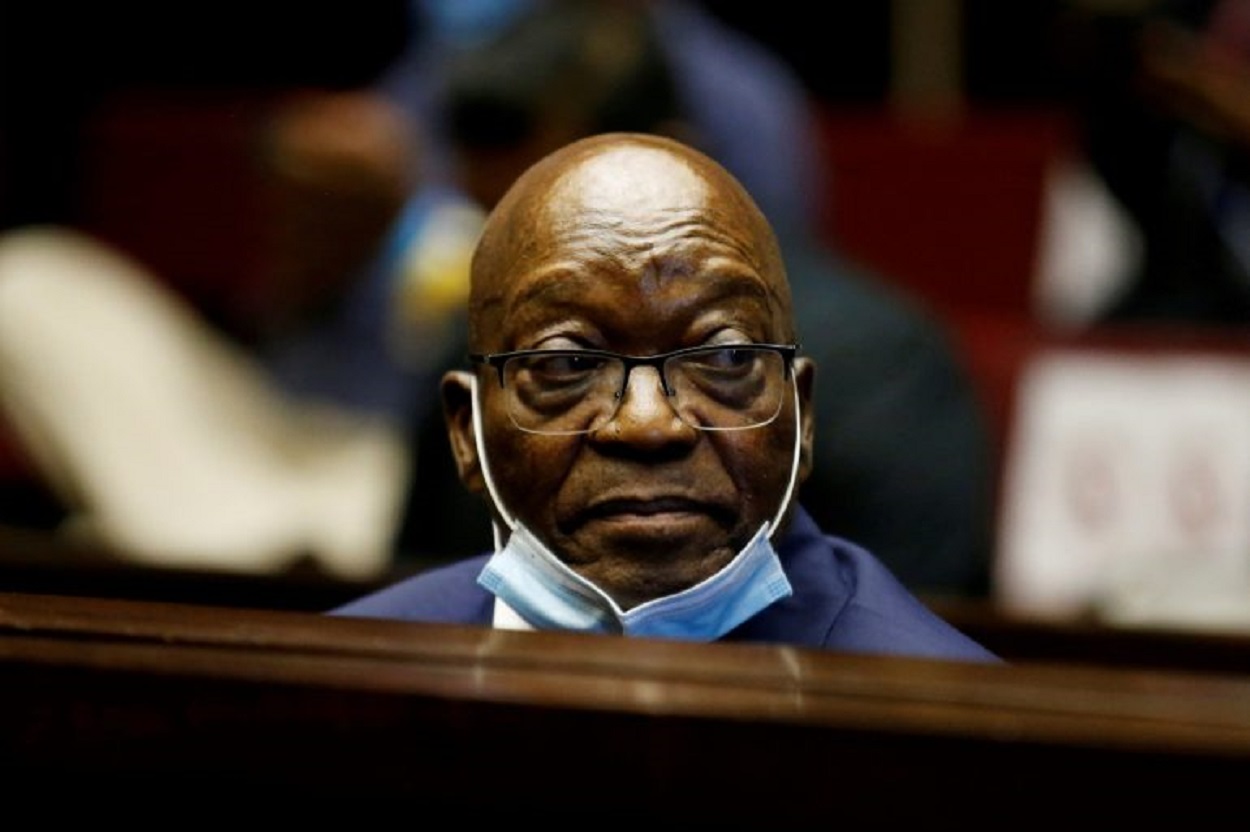 South Africa’s former president, Jacob Zuma, will on Thursday begin a court-ordered prison sentence in spite of days of protests by his supporters.

The 79-year-old had long tried to resist, and veterans’ associations supporting him also threatened to destabilise the country if he was arrested.

Dozens of them had posted themselves as guards outside his country residence, Nkandla.

According to the nation’s police, Zuma is now in the EstCourt Correctional Centre in KwaZulu-Natal, a province on the country’s east coast.

His foundation, Zuma Foundation, announced he had decided to surrender to the police.

Zuma was sentenced to 15 months in prison by the Constitutional Court on June 29, for disobeying a court summons.

He has to answer to a commission of inquiry on various corruption charges during his 2009 to 2018 term in office, but had failed to comply with a court summons.

On several occasions, Zuma had questioned the legitimacy of the commission and stressed that he would rather go to jail than appear there.

It is the first time ever that a former president of the country has been sentenced to prison.

The politician’s lawyers had filed an urgent motion in the evening to postpone the start of his imprisonment.

The police had arrived with numerous vehicles in front of Zuma’s country residence Nkandla in eastern South Africa in front of the running cameras of a large media contingent.

After several rounds of negotiations with his lawyers, a convoy of cars carrying Zuma finally left the estate.