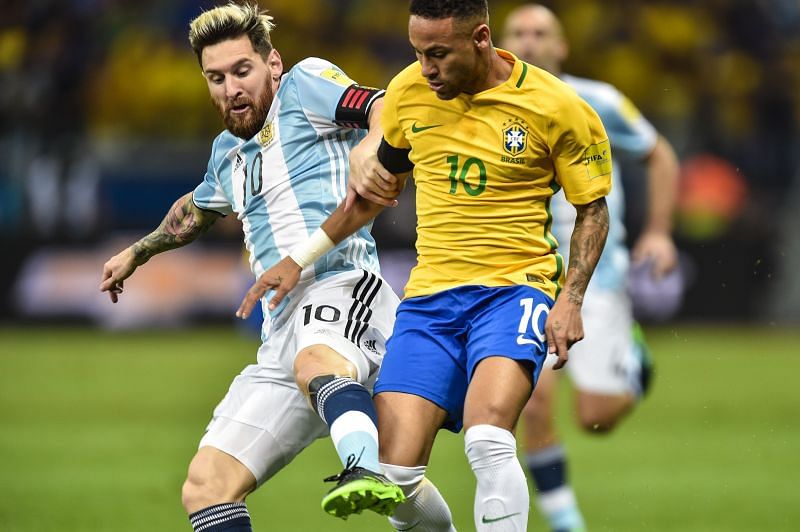 Neymar will be putting his friendship with former FC Barcelona teammate Lionel Messi aside as he chases his first Copa America title with Brazil in Saturday’s final.

Brazil take on Argentina in the decider at the Maracana in Rio de Janeiro, with both players pursuing their first-ever continental crowns.

Messi’s Argentina have not won the Copa America since 1993, while injury meant Neymar was not part of the Brazil squad which triumphed in 2019.

The pair have a close friendship from Neymar’s four years in Barcelona, while they have both dominated this Copa.

Messi leads the Copa America with four goals and five assists, while Neymar has contributed two goals and three assists for hosts Brazil.

“Messi is, as I’ve always said, the best player I’ve ever seen play and he’s a great friend,” Neymar said.

“But now we’re in a final, we’re rivals. I want to win and I really want to win this title, which will be my first Copa America.

“Messi has been looking for his first title with the national team for many years, and every time we [Brazil] are not present at the tournament, I cheered for him.

“That’s what I’ve been cheering for in the 2014 World Cup final, when he faced Germany.

“Now Brazil is in the dispute, so our friendship is on the line [laughs]. The respect between us in still great but only one can win.”

He added: “When you’re friends with someone, it’s hard to forget the friendship you have… but for example when you play video games with a friend, you want to beat him anyway. It’ll be the same thing on Saturday.”

Neymar also hit out on Instagram about Brazilian fans who have turned on the national team and opted to support rivals Argentina in the Copa America.

“I’ve never supported or will support against anything Brazil is competing for, whatever the sport or modelling contest.”

Brazil are chasing their 10th Copa America title, while Argentina are looking to end their 28-year wait to add to their 14 continental crowns.

Argentina have won five games in a row, including their semi-final victory over Colombia, and are unbeaten across their past 19 games.

Brazil are undefeated in their past 13 games and have only conceded two goals at Copa America 2021.