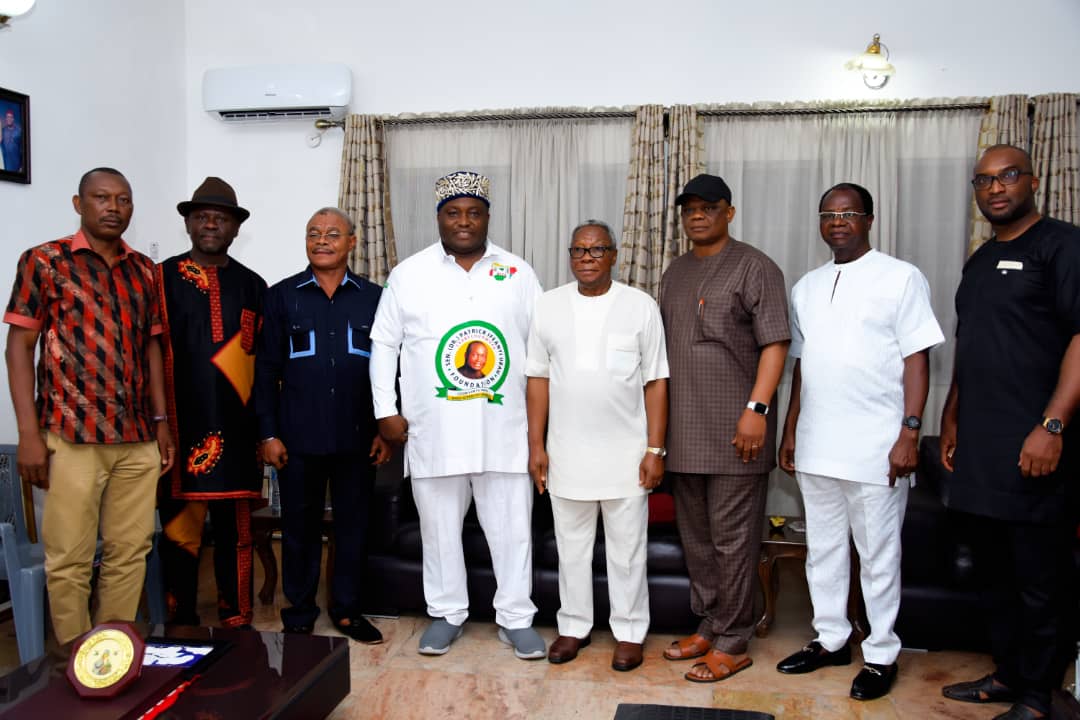 Senator Ifeanyi Ubah with the stakeholders on Sunday

Prominent Stakeholders under the umbrella of Nnewi Contemporaries on Sunday, thanked the Senator representing Anambra South and candidate of the Young Progressives Party (YPP) for the state’s forthcoming election, Dr. Patrick Ifeanyi Ubah for his uncommon efforts towards the development of Nnewi Community, Anambra State and Nigeria in general.

The group which was led by foremost think-home industrialist and advocate, and Founder of Cutix PLC, Chief Gilbert Obiajulu Uzodike, made the remarks while hosting Senator Ubah whom they described as an illustrious son of the community.

Speaking on behalf of the group, Chief Uzodike described Senator Ubah as an uncommon Asset of ndị Nnewi who does not need any form of introduction in the community. He also thanked him for impacting on the lives of the community members and described him as the best candidate for the state governorship race.

The Cutix founder further reaffirmed that it will be rare to see any family in Nnewi that has not been positively impacted either directly or indirectly by Senator Ubah’s benevolence, and urged him to keep on keeping on. He also reassured him of the undiluted support of the stakeholders and ndị Nnewi for his gubernatorial ambition.

According to him, Senator Ubah’s efforts towards promoting the wellbeing of the community’s residents are overwhelming and with his selfless acts, he is the best candidate for the state governorship position. The Adswitch boss who further described the YPP candidate as God’s gift to Nnewi community and Anambra State at large, reassured him of ndị Nnewi’s bulk support for his governorship ambition.

Responding, Senator Ubah thanked the stakeholders and ndị Nnewi for their continuous love and support. He also reassured them that he will always champion legislative actions that will not only better the wellbeing of ndị Nnewi but will also attract adequate federal government presence to Anambra South and the state in general. According to him, with quality policies and laws, the state will experience massive development.

The Anambra South Senator further used the opportunity to thank Anambrarians for participating in the Continuous Voter Registration being organised by the Independent National Electoral Commission (INEC) and urged those who are yet to participate in the exercise to do so.